The Chetak in its electric form can be a blessing for not just Bajaj Auto but rivals in the electric scooter space who have so been unable to find mass appeal.
By : HT Auto Desk
| Written By : Shubhodeep Chakravarty
| Updated on: 16 Jan 2020, 16:44 PM 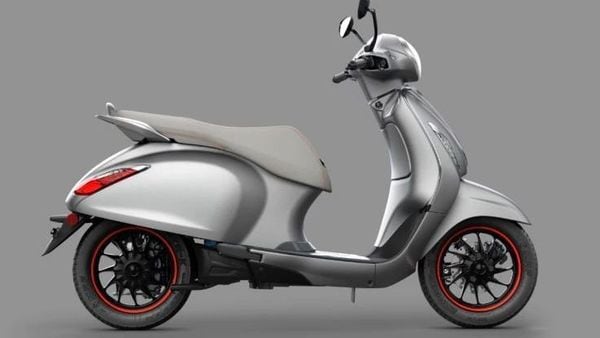 The Indian electric two-wheeler segment has been around for some time now but despite a number of players making brave forays into the field, the push by a major company remained elusive. That is till Bajaj Auto roared back into the scooter space after over a decade by bringing in the electric version of the iconic Chetak.

Chetak ruled Indian roads, and hearts, in years gone by and was quite an integral part of families before the move to cars came about. Even then, the Chetak did manage to hold its own for quite some time before eventually becoming a yesteryear folklore.

Bajaj Auto would now hope to bring back the tune and tenor of the same folklore in a silent, electric package that the new Chetak is. At ₹1 lakh (ex showroom), the cost of the new Chetak may not bring back much memories. Neither would the 3 KwH IP 67 rated battery which can be charged in five hours. The all-metal body in multiple colour options, sequential rear LED blinkers, satin chrome bazel, horse shoe LED head lights and soft electronic switches too does nothing to evoke nostalgia.

And yet, the Chetak is an unmistakable manifestation of its old self which could mean as much for Bajaj Auto as it does for rival makers of electric scooter.

The Indian market for electric scooters has thus far seen duels between one major player and several smaller companies. Chetak, in its electric form, has the potential to put the spotlight firmly on this segment which could ensure everyone benefits.

Competing for space in this still nascent segment of the Indian auto industry are the likes of Hero Electric which offers products under the E2, E5 and ER series, Okinawa Scooters, Ather Energy and Twenty Two Motors. Each of these companies have products with its own set of strengths but all of them offer two massive benefits - clean energy and low running cost. With Chetak now in the fray, the attention of prospective buyers could well turn towards electric scooters as a viable option.

Two factors, however, still persist as stumbling blocks for the future of electric scooters, much like they do for all forms of electric personal mobility. Cost and charging infrastructure. Industry experts mostly agree that while more and more players entering the electric field will translate into falling prices, infrastructure is a more complex issue. Where, how and when are the usual suspects when one inquires about the charging process and while India has come some distance to provide options, a marathon remains ahead.