Ather Energy is looking at expanding to newer cities in the country and the Hosur factory is its way of scaling up production.The new Ather factory is capable of producing 9,700 units of 450X e-scooter every month.
By : Shubhodeep Chakravarty
| Updated on: 13 Feb 2021, 10:00 AM 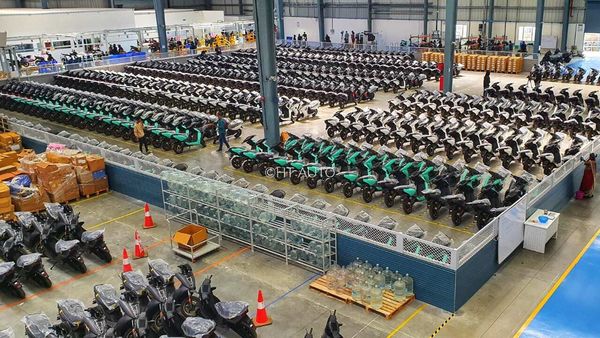 The Ather facility in Hosur can roll out one unit of Ather 450X every four minutes. (Photo: Sabyasachi Dasgupta/HT Auto)

There is a strong buzz in the world of electric mobility and India has already jumped on to the bandwagon of what promises to be a new age of public and private transportation. It has long been strongly believed that in this country, the electric mobility revolution will be started by electric two-wheelers, something Ather Energy seems well aware of. And something it is determined to make the most of as well. As such, complimenting its plans of taking its electric two-wheelers to more and more cities, the Bengaluru-based company recently shifted to a new facility in Tamil Nadu's Hosur. 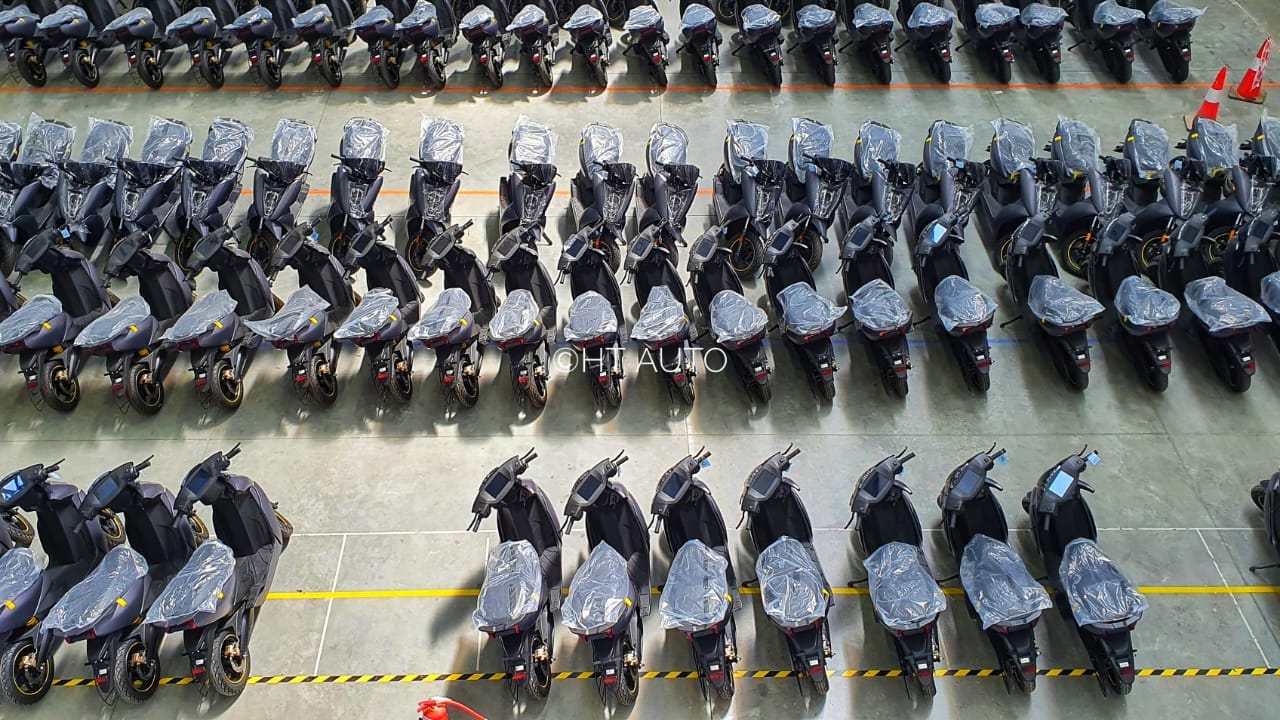 The shift from the facility in Bengaluru's Whitefield to Hosur was long planned but was also one that wasn't easy, especially due to the brakes slammed by the Covid-19 pandemic most of last year. "It is nothing short of a miracle that we were able to open this Hosur facility in December, as per original plans," explains Tarun Mehta, Co-Founder of and CEO at Ather Energy.

But even the best of miracles often require a sense of method.

The new 123k square feet facility comes at a time when Ather is looking at expanding to as many as 40 cities by the end of calendar year 2021. The company claims it is continuing to witness a strong demand in cities like Bengaluru, Hyderabad and Chennai where it has been present for years but that the newer cities would require an urgent scale-up in production, something the Hosur facility is ready for. The factory is capable of rolling out 9,200 units each month, up from 750 units per month in 2019 at the original facility and 1,750 units per month in 2020. A view of the vehicle assembly line at the Ather factory.

Even more significantly, around 90% of the production is localized. Trucks line up around the factory, components are off-loaded, taken to a quality center from where the certified parts are then shipped to the vehicle assembly line. The 30-station vehicle line is responsible for bringing together all that goes into making the Ather 450X, the current mainstay of the company. "We have come a long way from the early days when it took us nine days to make one scooter," says Swapnil Jain, Co-founder of and CTO at Ather Energy. "In the early days, it was all about design, design, design. Now, we have a strong product and it is all about scale."

Swapnil and the team at Ather is also especially proud that the Hosur facility is a clean factory. "There is no effluent - no oil, no emission, no petrol, no water discharge," he elaborates. "We may even consider a solar panel to power the plant at a later stage.

There are indeed plans aplenty for later stages. More products that may even include an electric motorcycle and more variants at differing price points. For now though, the focus is on perfecting the plant and taking Ather to newer markets. "We have no plans of any new launches in the next 12 months at least," says Mehta. "There may be better versions of existing models but no release is scheduled for the next six months."

What would be a keen area of focus though would be entering the Delhi-NCR market. Mehta admits it is enticing because of the rebates offered by the government here for EVs but it is also one that could be challenging. "Delhi NCR is often seen as the ultimate market. Our products would be cheapest here because of the incentives on offer," he says. Asked by HT Auto if the market here is mature enough to embrace electric two-wheelers though, Mehta says it could be a little tricky. What he is confident about though is that establishing support infrastructure at a quick pace could be an advantage. "We are looking at setting up around 300 charging stations in the country by the end of this year. This would come up at malls, coffee shops, markets - places people are most likely to visit. Imagine going for shopping for 15 minutes after putting a 450X on charge and returning to see you have added around 25 kilometres to the range."

In its dogged determination to go mainstream, Ather now appears ready to switch from cautious steps to confident strides. And while the Hosur facility is a clear statement of intent to scale up and scale up quick, a wider presence across the country could well be the real shot in the arm.