The yearly update has introduced new colour options on the 2022 Vulcan S.The Kawasaki Vulcan S is a direct rival to the likes of the newly launched Benelli 502C cruiser.
By : HT Auto Desk
| Updated on: 13 Aug 2021, 03:28 PM 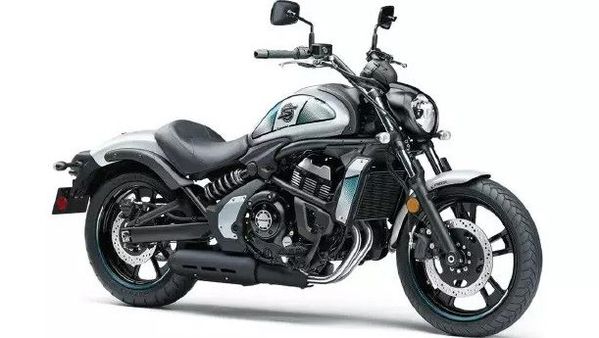 The yearly update has introduced new colour options on the 2022 Vulcan S.

After the new Ninja 650 and the Z650, Kawasaki has now announced the launch of the 2022 Vulcan S in the Indian market. The cruiser has been priced at ₹6.10 lakh (ex-showroom). It is a direct rival to the likes of the newly launched Benelli 502C cruiser that is available at ₹4.98 lakh (ex-showroom).

With the model year update, the Kawasaki Vulcan S cruiser has received a new colour scheme in the form of Metallic Matte Graphenesteel Gray colour. In addition to that, it also gets blue gradients on the radiator guard, tank and wheels. A bold 'S' logo sits on the fuel tank offered with this paint option. Save for the paint option upgrades, the rest of the details remain unchanged.

The previously found Metallic Flat Raw Graystone paint option has now been discontinued. Apart from a new paint option, the rest of the motorcycle remains unchanged.

At the heart of the motorcycle sits a 649cc, parallel-twin, liquid-cooled engine that is rated to produce 59.94 bhp of power at 7,500rpm and 62.4Nm of peak torque at 6,600rpm. The engine comes mated to a six-speed gearbox. This engine remains to be compliant with the BS 6 emission norms.

The motorcycle uses disc brakes at either end and comes suspended on the telescopic front forks along with a single monoshock at the rear.