The TVS Jupiter 125 receives the Intelli-Go technology which boosts the overall fuel efficiency of the scooter.Jupiter 125 from TVS comes with the best-in-segment under-seat storage space.TVS Jupiter 125 targets the Honda Activa 125 scooter.
By : Prashant Singh
| Updated on: 07 Oct 2021, 05:19 PM 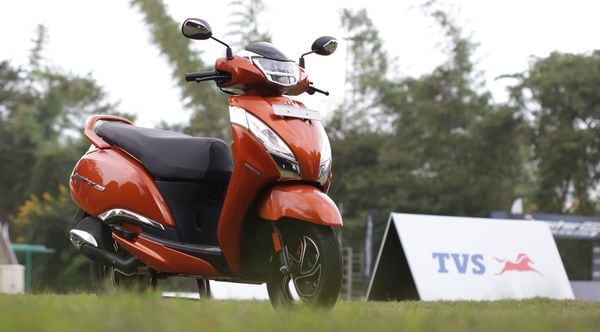 Soon after the TVS Raider 125, the company announced the new Jupiter 125, the bigger sibling of the popular Jupiter 110.

TVS Motor Company is getting aggressive in the 125 cc segment, and how. Soon after the new Raider 125, the company announced the new Jupiter 125, the bigger sibling of the popular Jupiter 110. The latter has given a really tough fight to the Honda Activa, which is the most-selling scooter in the Indian market. Needless to say, TVS aims to repeat the success story with the new Jupiter. And I was called to TVS' own test track in Hosur to get my first-hand experience on the 2021 Jupiter 125. And here's what I found.

The mature and the menace:

TVS has been very clear in its vision for the Jupiter brand and the new higher cc model only reiterates the same. The Jupiter 125 hasn't transformed into a sportier offering or a maxi-scooter that's picking up quite fast in the Indian market (or maybe TVS has other plans for those customers). It builds upon the basics of the smaller model. And the company's focus on practicality, convenience, and ease, is evident. 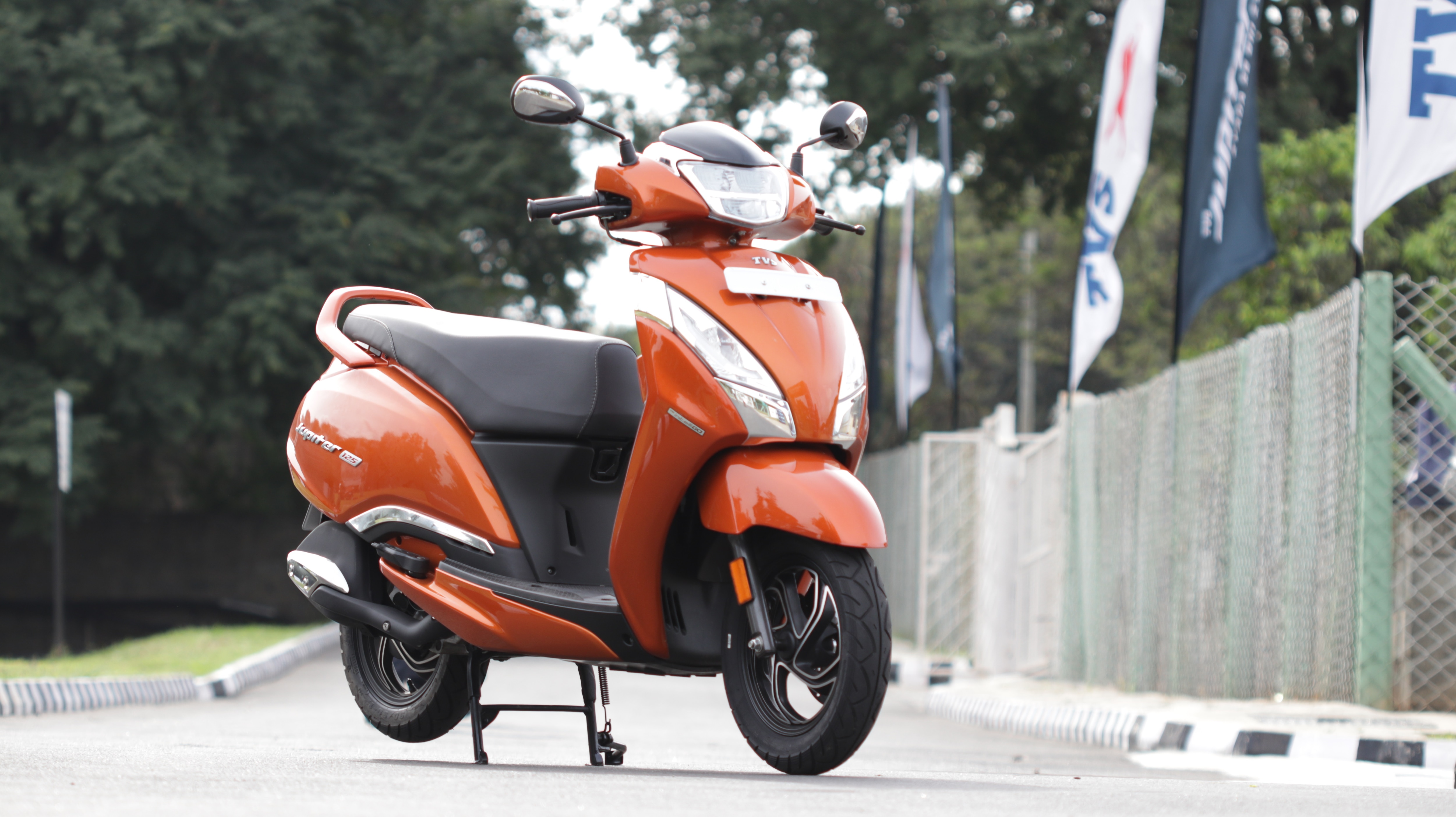 TVS has been very clear in its vision for the Jupiter brand and the new higher cc model only reiterates the same.

On the outside, it features a fairly fresh design theme, which still looks connected to the pre-existing model. There is a generous use of chrome all-around, LED front headlamps, DRLs, and of course a metal body to keep the customers content. There is also a wide footboard which as per TVS has been designed to serve as a workhorse. It can even accommodate a full-size gas cylinder if you have to, but I remember also keeping the same on my previously owned Bajaj Krystal scooter's footboard which was comparatively much smaller in size. So in that sense, the Jupiter 125 can accommodate much more than just a gas cylinder. 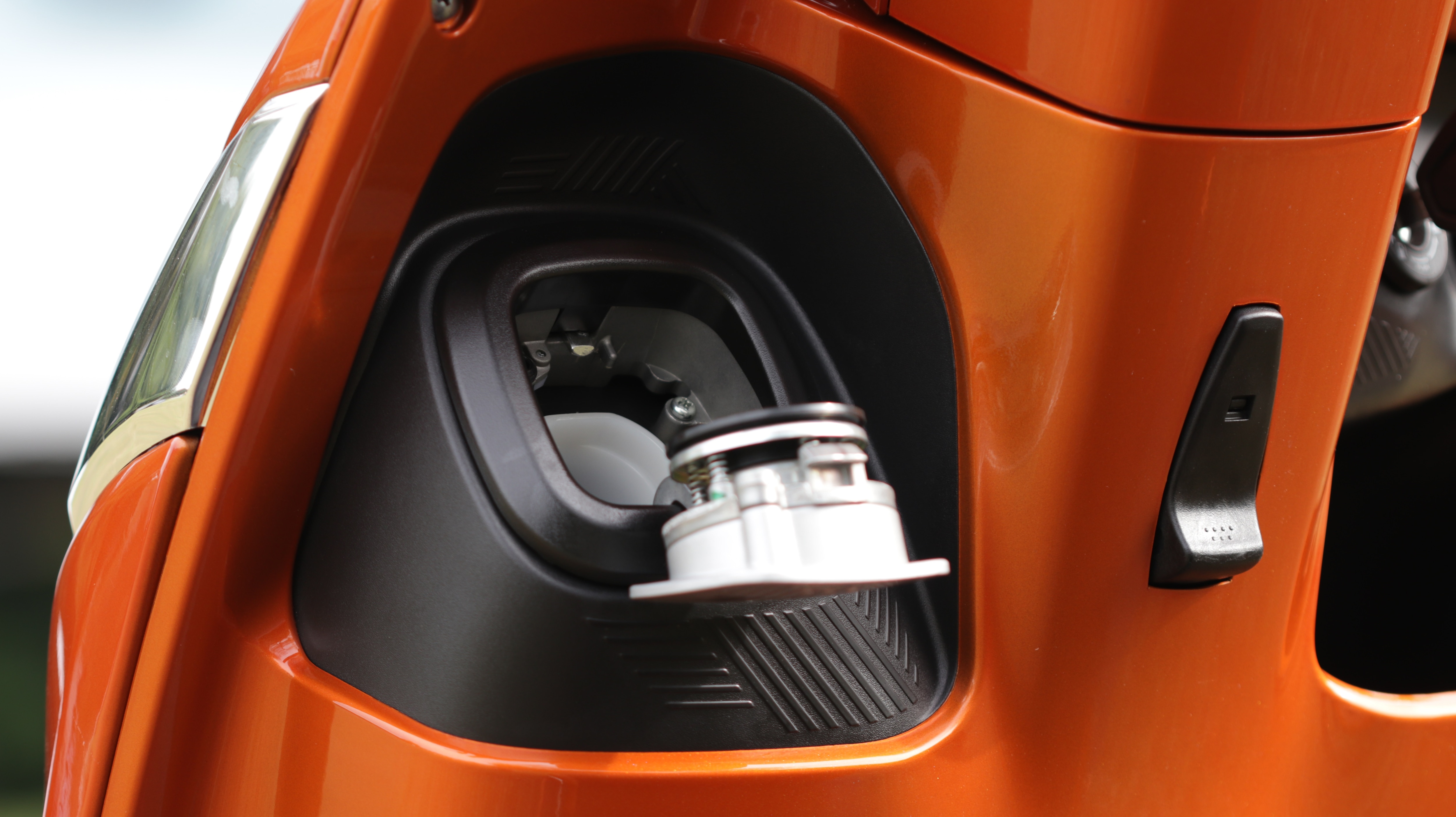 TVS has shifted the external fuel filler cap on the Jupiter 125 from the tail to the front side.

There are hooks on both sides around the footboard, which only adds to the convenience, but speaking of which, TVS has shifted the external fuel filler cap from the tail to the front side. The same can be accessed with the use of a multi-function key switch that also unlocks the seat that provides access to the largest-in-segment boot space that is also claimed to be enough to fit in two mid-sized motorcycle helmets. Needless to say, this is one of the key highlights of the Jupiter 125 that is sure to give it an edge over its segment rivals. Adding on to the features list of the Jupiter 125 is the USB socket which is again very smartly placed over the right side of the key switch. There is also a pocket down below that will be used to keep the phone (and other paraphernalia) while on charge. Other feature additions to the scooter include the use of boot light, alloy wheels, disc brakes, and much more.

The Jupiter 125 also uses a new dash that incorporates an analogue speedometer along with a small digital display located to the right side of the meter. While the cluster remains brimming with information that its typical customer will require, but at the current market needs, a fully digital screen could have been a more welcoming move. The Jupiter 125 uses a new dash that incorporates an analouge speedometer along with a small digital display located to the right side of the meter.

While the scooter really does make an impression with its fresh styling, the fact that the quality isn't exactly consistent throughout left me wanting. While the switchgear feels of decent build, the connecting panels and joints are visible on certain parts if you look closely. Also, the side body though comes in metal, shakes, and rattles a bit when the scooter is revved hard.

New from skin to bone:

TVS says that the Jupiter 125 is fresh from the ground up. Its 124.8 cc single-cylinder isn't a reworked version of the NTorq's powertrain. Also, to compare, the output is different which stands at 8.3 PS/10.5 Nm for Jupiter. Also, the engine uses 2V technology, unlike the NTorq which gets 3V configuration. Thus the company's focus to give the Jupiter 125 a different character remains quite evident. Engine on the Jupiter 125 uses 2V technology, unlike the NTorq which gets 3V configuration.

The Jupiter 125 also receives the Intelli-Go technology from TVS which boosts the overall efficiency of the scooter. It automatically turns off the engine when parked for a while, or waiting at red lights. And then you don't have to tap the starter, just twist the accelerator a bit while holding the brake and the engine comes back to life. This in return aids in a greater fuel economy. For the record, the company has yet not claimed the fuel economy figures on Jupiter 125; but has been quoted saying that it is ‘much more than the rivals’. The engine accelerates with a punch and delivers a very linear output till the top end. Also, I would stretch my neck out to say that it is one of the most refined units in the segment, and TVS has done a commendable job on the powertrain.

There is also a new chassis to support the requirements of the powertrain. This as per TVS has been tuned to keep the handling agile and dynamic, with minimal resistance. As a result, the Jupiter 125 feels easy to handle and also enough capable to take corners with confidence. 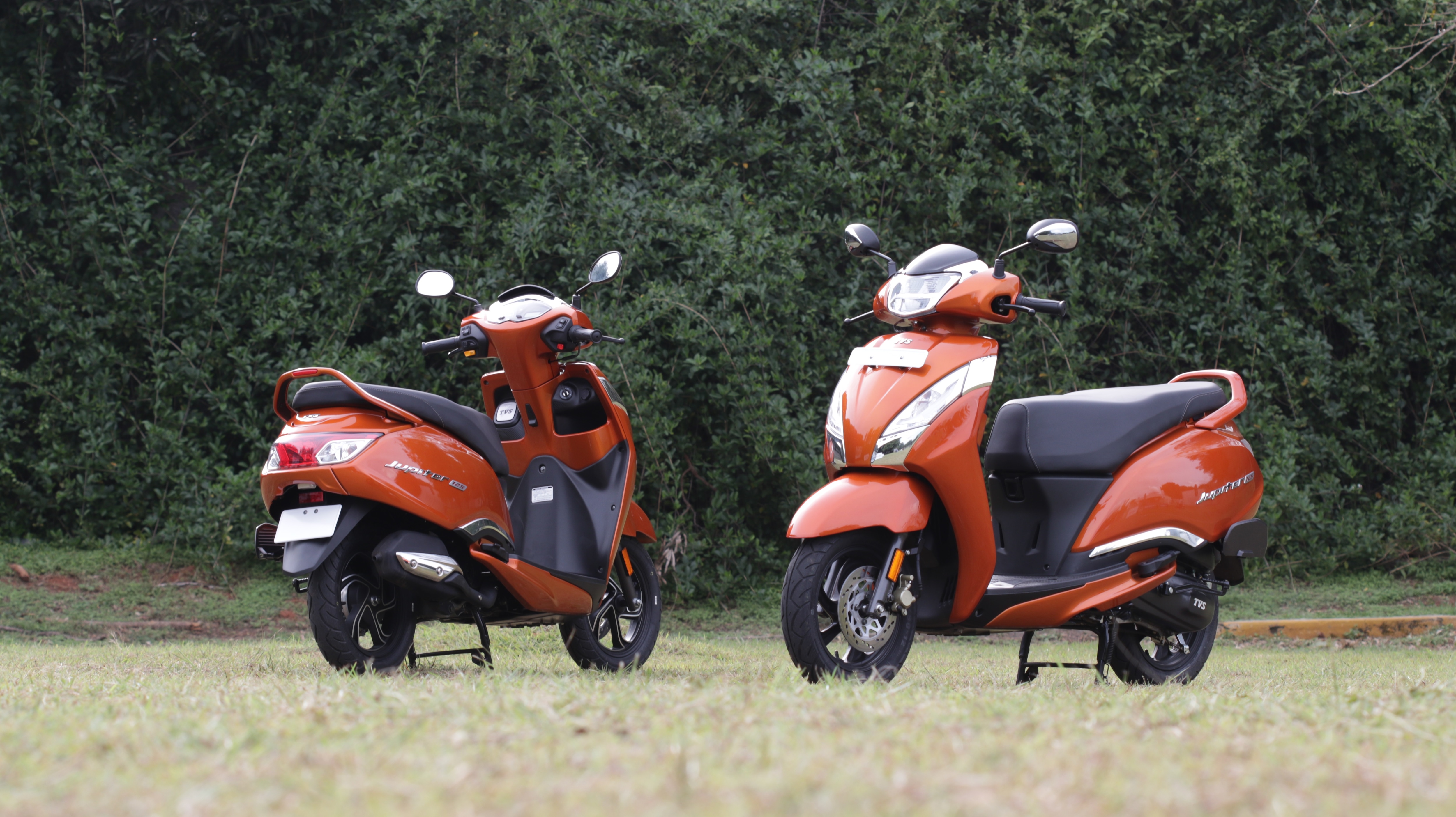 The Jupiter 125 receives the Intelli-Go technology from TVS which boosts the overall efficiency of the scooter.

The contenders in the Indian 125 cc scooter space are going to feel the heat as the TVS Jupiter 125 is built to take down the segment topper with its refined powertrain, feature-packed body, and practical approach. If only TVS could have added a more modern-looking instrument panel, but I am only nit-picking here.