Honda claims that the new CBR650R has improved in terms of overall handling, styling, and everyday usability.
By : Prashant Singh
| Updated on: 03 Oct 2020, 18:58 PM 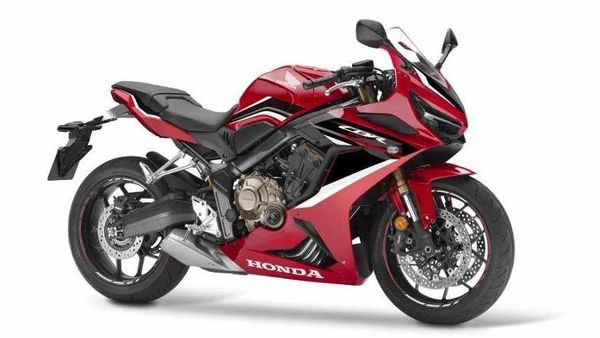 The Honda CBR650R gained instant popularity in the middleweight segment ever since its morphed out of the previous CBR650F's squishy shell.

For 2021, it has received a slew of new updates but no, it is not yet near the full-on race-ready CBR600RR, but still far off from the earlier CBR650F in terms of looks, ride and equipment. With the latest update, Honda claims that the motorcycle has improved in terms of overall 'handling, styling, and everyday usability'.

For 2021, the bike still carries over the same hard-edged overhaul Fireblade-a-like styling which seems to be very popular among the 650R's customers. The bike now features a slightly tweaked set of upper and lower fairing panels, and the company claims that the latest changes ‘blend muscularity with slim lines and angles’. While the changes are not exactly significant, what's certain is the fact that the motorcycle surely looks sweet in the latest avatar.

Moreover, there is also a new addition in the form of a new steel mudguard, as well as a revised number plate mounting bracket.

One of the most significant upgrades on the new CBR650R include the transition from Showa Dual Bending Valve forks to now Separate Function Big Piston (SFF BP). While the previous bike struck the right balance between cornering prowess and comfort, it remains to be seen how the new setup reacts.

(Also Read: Honda to exit Formula One at end of 2021 season)

Honda has also fiddled around the rider's screen and altered the angle of the dash in a hope to resolve the earlier issue with the visibility of the screen. Other upgrades include a USB Type-C socket under the seat (810 mm) to charge the phone and other equipment on the go.

The bike arrives in the international market this Christmas. Its India launch is expected around mid-2021.