2021 BMW S1000R to be launched in India today: Price expectation

The India-bound S1000R will be identical to the unit sold in the international markets.It was officially revealed last year.The BMW S1000R BS 6 is already available for purchase in the markets outside India.
By : HT Auto Desk
| Updated on: 15 Jun 2021, 11:08 AM 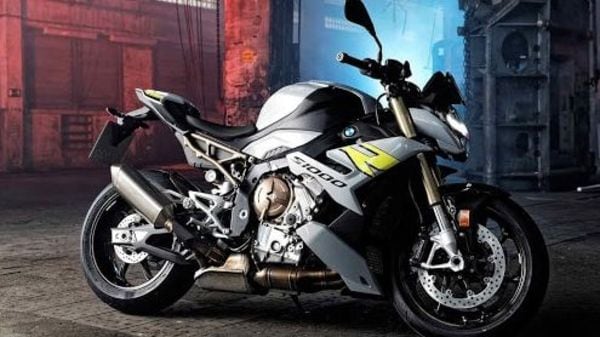 The BMW S1000R BS 6 is already available for purchase in the international markets.

BMW Motorrad is all geared up to launch the new 2021 S1000R naked sports bike in the Indian market later today. It was officially revealed last year. The updated S1000R bike is a direct rival to the likes of the newly launched Ducati Streetfighter V4 bike and also the Kawasaki Z H2.

The India-bound S1000R will be identical to the unit sold in the international markets. In comparison to its predecessor, the new 2021 model is a whole new motorcycle altogether. It features a full revamped exterior styling, new features as well as mechanical updates. It benefits from a newly designed front headlamp that takes inspiration from the 2021 BMW G310R and the F900R bikes. The frame and swingarm on the bike have also been sourced from the S1000RR.

Other key updates on the bike include a Bluetooth-enabled 6.5-inch TFT screen that replaces the semi-digital unit found on the previous motorcycle. The S1000R also gets similar rider aids as the fully faired counterpart. It gets three riding modes (Rain, Road, and Dynamic), ABS Pro, traction control system, and Hill Start Control as standard.

The bike sources power from a Euro 5/BS 6-compliant 999cc, inline-four cylinder, liquid-cooled engine. This engine has been rated to deliver 165bhp of maximum power at 11,000 rpm and 114Nm of peak torque at 9,250rpm. The engine comes mated to a six-speed gearbox. It also features an optional Shift Assistant Pro bidirectional quickshifter. BMW claims an overall fuel efficiency of 6.2-litre/100km or 16.12kmpl from this engine.