Royal Enfield reports 17% rise in wholesales in April at 62,155 units 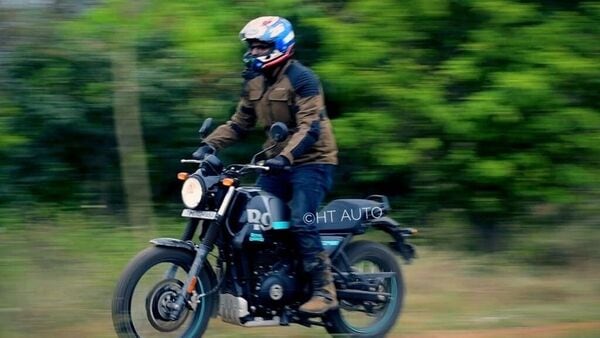 Chennai-based two-wheeler maker Royal Enfield, part of Eicher Motors, on Monday reported that its total wholesales for the month of April increased by 17 per cent to 62,155 units. In the same month last year, the company sold 53,298 units of two-wheelers. In India, Royal Enfield saw a growth of 10% as sales stood at 53,852 units last month when compared to 48,789 units in April of 2021 despite persisting challenges in supply chain.

The two-wheeler major's exports rose to 8,303 units last month from 4,509 units in the corresponding month a year ago.

Due to the supply chain woes and chip shortage, Royal Enfield recently announced that it has discontinued the Tripper Navigation feature as a standard option on its Meteor 350 and the Himalayan ADV motorcycles. While the feature hasn't been completely deleted, it will now be part of the company's MIY configurator (as an option) which is available for both the bikes (Read full report here).

The removal of the Tripper Navigation as a standard feature is also accompanied by a price cut of ₹5,000 on both models. While the Tripper Navigation has been part of the standard kit on Himalayan and Meteor 350, it is offered as an optional accessory on Classic 350 and the newly launched Scram 411. The company has also increased the booking amount for its ‘Made-to-order’ factory fit models. The amount has been hiked from ₹10,000 to ₹20,000. However, for regular models the bookings amount remains the same.