With C3 on the wings, Citroen India looks to bolster sales network 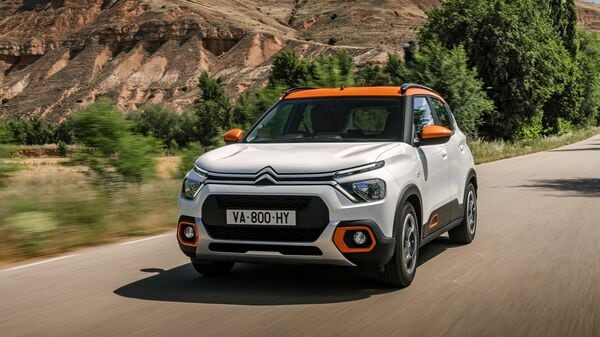 The Made in India Citroen C3 sub-compact SUV is all set for a launch in the country next month.

French automaker Citroen is all set to introduce its all-new C3 model in the country next month, and is looking to prepare for the launch by expanding its presence across smaller cities and towns in the country. With the launch of the Citroen C3, the brand's second product here after the C5 Aircross SUV, the brand is marking its foray into the sub-4 metre segment.

Part of the Stellantis Group, the automaker aims to set up a strong and efficient sales network in the country to cater to its new range, including an electric vehicle, that it plans to launch over the next few years. As for now, Citroen is starting with 20 dealerships in July and plans to expand this to 30 outlets by the end of the year. "…Since the C-Cubed platform is now alive our expansion of the network will continue next year as well," Citroen India Brand Head Saurabh Vatsa told PTI.

Citroen's C-Cubed platform has been heavily localized over the last few years to enhance benefits from cost of ownership perspective, and C3 will be the company's first model to be based on the platform. The company also plans to export C3 to international markets including Africa, ASEAN and Latin America.

Citroen had launched its first model - C5 Aircross SUV - in the country last year with showrooms in just 10 main cities - Delhi, Gurugram, Bengaluru, Mumbai, Kolkata and Chennai. Additionally, customers were offered a 100 per cent direct online buying facility in over 50 Indian cities outside the dealer network.

While the Citroen C5 Aircross was the company's way of first establishing the brand in the country, with the C3, it aims to get into the mainstream market and compete with the likes of Nissan Magnite and Renault Kiger as well as premium hatchbacks such as Maruti Suzuki Baleno and Hyundai i20.