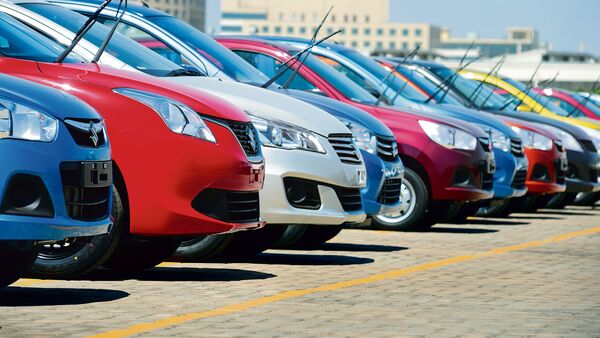 Maruti Suzuki India (MSI) has reported a marginal increase in production last month as the auto major produced a total of 1,61,383 units as compared to 1,60,975 units produced in January of 2021. The shortage of electronic components had a minor impact on the company's production activities last month, it said in a statement.

Further, the production of Maruti's light commercial vehicle Super Carry declined to 3,715 units last month as against 4,536 units in the year-ago month.

Maruti Suzuki also reported a decline in total vehicles sales last month as it sold a total of 154,379 units, down from its January 2021 sales record of 160,752 units. The automaker claimed that this slight drop in sales is due to the supply chain crisis, especially the microchip shortage that has hit the industry.

The company sold 128,924 units of passenger cars in the domestic market last month, down from 139,002 units recorded in the same month a year ago. However, its export numbers shot up to 17,937 units in January this year from 12,445 units registered in the same month of 2021.