Dispatches from factories to dealers declined in January due to shortage of semiconductors, hampering production.
By : HT Auto Desk
| Updated on: 02 Feb 2022, 10:37 AM 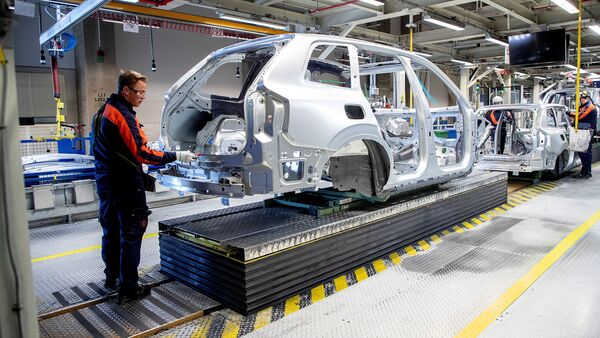 Country's top passenger vehicle makers such Maruti Suzuki, Hyundai, Mahindra & Mahindra, Toyota Kirloskar Motor and Honda posted a dip in wholesales of vehicles in January as dispatches from factories to dealers declined due to shortage of semiconductors, hampering production.

However, carmakers such as Tata Motors and Skoda Auto India managed to posted huge jump in their domestic wholesales last month despite the pandemic related woes and the global chip crisis.

Domestic sales of Maruti Suzuki India slipped by 8 per cent to 1,36,442 units last month as compared to 1,48,307 units in January of 2021. The company said that the shortage of electronic components had a minor impact on the production of vehicles which are primarily sold in domestic market. "The company took all possible measures to minimise the impact," it said.

Even Toyota Kirloskar Motor (TKM) posted a 34 per cent decline in domestic wholesales at 7,328 units in January as compared to 11,126 units sold in January 2021.

Similarly, Honda Cars India Ltd (HCIL) said its domestic sales were at 10,427 units last month compared to 11,319 units in January 2021,posting a decline of 7.88 per cent. "The sales in the month of January 22 got partially impacted owing to the weekend-lockdowns in some cities but overall the situation looks positive and steady," the company's Director (Marketing and Sales) Yuichi Murata said.

In contrast to these companies, Tata Motors posted a massive jump of 51.5% by selling 40,777 units last month as compared to 26,978 units clocked in January 2021. The company's electric vehicle sales during the month rose nearly five times at 2,892 vehicles as against 514 units sold in the year-ago period.

MG Motor India reported a rise of 20 per cent to 4,306 units in January as compared to 3,602 units sold in the same period a year ago. "The supply remains affected due to the ongoing global semiconductor shortage, which has led to reduced production," MG Motor India said in a statement.