Mahindra was previously reported as planning to restructure the company into three segments through a demerger process.
By : HT Auto Desk
| Updated on: 08 May 2022, 12:35 PM 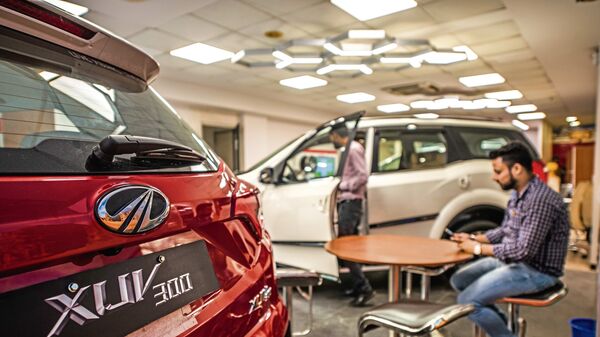 The previous report by a publication mentioned that the Mahindra Group was under a restructuring process to divide the country into three separate divisions. It also stated that the Indian automaker was seeking funds for an electric vehicle unit and wanted to join it with Italian design house Automobili Pininfarina to form a separate company.

Mahindra has recently released a teaser video of its upcoming SUV. Calling it the ‘big daddy of SUVs’, it is being guessed that the new SUV might be the 2022 Scorpio, given a codename Z101. Mahindra has also taken on board the Bollywood actor Amitabh Bachchan for the latest teaser. The teaser video showed an upgraded external design with dual-chamber full LED headlamps with sequential turn indicators on the car. The video also shows C-shaped LED DRLs and LED fog headlamps.

Mahindra is also focusing on its electrification goals as it is getting ready to unveil the first of its three concept electric vehicles later this year. Mahindra Born Electric, the EV arm of the company, had revealed the concept EVs will come with a cockpit-style interior. The company had already shared the teaser video of these concept EVs back in February this year.