With its claim of 517 miles on a single charge, Lucid's Air has a range of more than 100 miles above the longest-range Tesla Model S and 300 miles more than Porsche’s Taycan.When driven on a single charge, in convoy, until the batteries hit zero, which EV goes the farthest?
By : Bloomberg
| Updated on: 12 Aug 2020, 03:03 PM 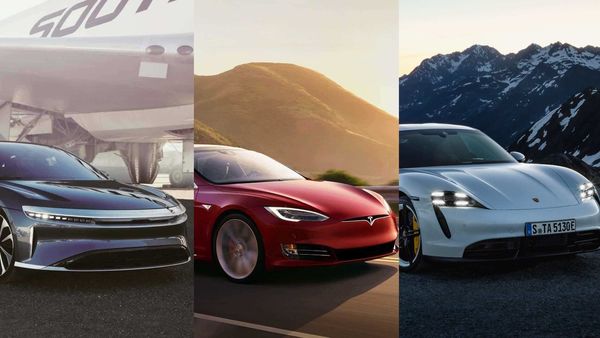 In a world full of electric vehicle buzz and startup hype, range anxiety remains a key reason why consumers hesitate to make the switch.

For those holdouts, Lucid Motors has just laid a serious hand on the table Tuesday, announcing a battery that can produce 517 miles on a single charge. That’s enough juice to get you, theoretically, from New York to Cleveland, Ohio, or from Los Angeles to Las Vegas and back.

The average range for electric cars released in 2019 was around 183 miles, according to BloombergNEF, and is due to rise to around 235 miles for this year’s models. Electric vehicles account for 2% of global vehicle sales. Yet, without handing over a single car to a customer, Lucid has achieved an industry-leading number capable of more than 100 miles above the longest-range Tesla Model S and 300 miles more than Porsche’s best offering, the Taycan.

Lucid Motors’ path has been long and less than straightforward. The company was founded in 2007 under the name Atieva and spent years being more focused on battery technology than pursuing development of a luxury car. It pivoted in 2016, changed its name to Lucid, and began work on what would become the Air.

In September 2018, Lucid raised more than $1 billion from Saudi Arabia’s Public Investment fund, an injection of cash that helped clear a path through to production. Since then it’s been building a factory in Arizona and hiring experienced executives from the world’s leading automakers; Peter Rawlinson, Lucid’s chief executive officer, was previously chief engineer on the Model S.

The 517-mile range was validated by reputable German engineering consultant FEV North America Inc. The firm tested the Air at a lab in Auburn Hills, Mich., under US Environmental Protection Agency standards, which is the benchmark buyers use to compare the range of one EV with that of another.

But testing an electric vehicle on a laboratory dynamometer is very different from driving it on US roads. In general, the real-world efficiency for an EV is around 20% lower than its rating. Rather than take Lucid or FEV’s word, I decided to test it myself. 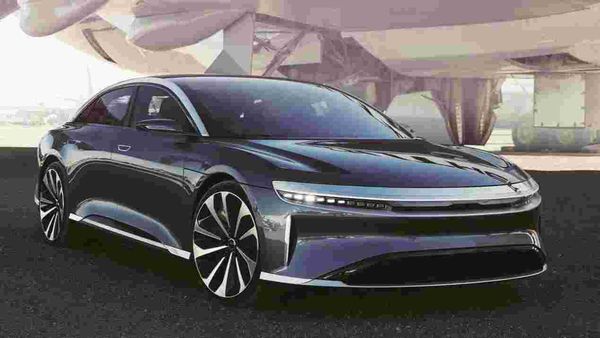 Because this was a pre-production version of the Air, I wasn’t allowed to drive. To add insult to injury, Covid-19 safety protocols confined me to the rear seats at all times, separated from the driver by a plexiglass screen. So it was less of a “test-drive" than a “test-ride."

To make it impartial, we also took out a Tesla Model S Long Range Plus—the first 400-mile consumer EV—and a Porsche Taycan Turbo S. Both were driven by Lucid engineers. The vehicles used in the test are both owned by Lucid Motors and used to benchmark its Air prototypes. Each is the latest model available to buy.

The objective was simple: Drive all three vehicles on a single charge, in convoy, until the batteries hit zero, and then see which went farthest.

At daybreak in early August, I set off from Lucid’s Newark, Calif., headquarters in the Air. We headed north past Oakland before cutting east to join Interstate 5 south, to Merced County, before doubling back. We split the endurance race into three legs and calculated it so that the convoy would be near Lucid’s parking lot when one of the cars, based on its estimated range, would likely be down to just a few percentage points of its state-of-charge (SOC) left. Then we would run laps at Newark and the parking lot until each vehicle completely died or was unable to drive at road-safe speeds.

We also put in place a number of controls across all three vehicles. I confirmed that all started with a fully charged battery, according to the readings on their instrument clusters. Driving in close convoy, all three drivers maintained an average speed of 70 miles an hour on the freeway, accelerating or slowing only to account for traffic or safety. Air conditioning, which was good news on an 80F day, was standardized as well.

The pre-production Lucid was ballasted with multiple 50-pound lead packs to represent its actual production weight. State of charge was recorded at each stop, as well as at the point at which any vehicle could no longer be driven. When the Porsche and Tesla came close to depleting their battery life, I jumped into the back to see what it’s like when a production EV runs out of power. For the majority of the time, the Tesla and Porsche carried only the test driver. 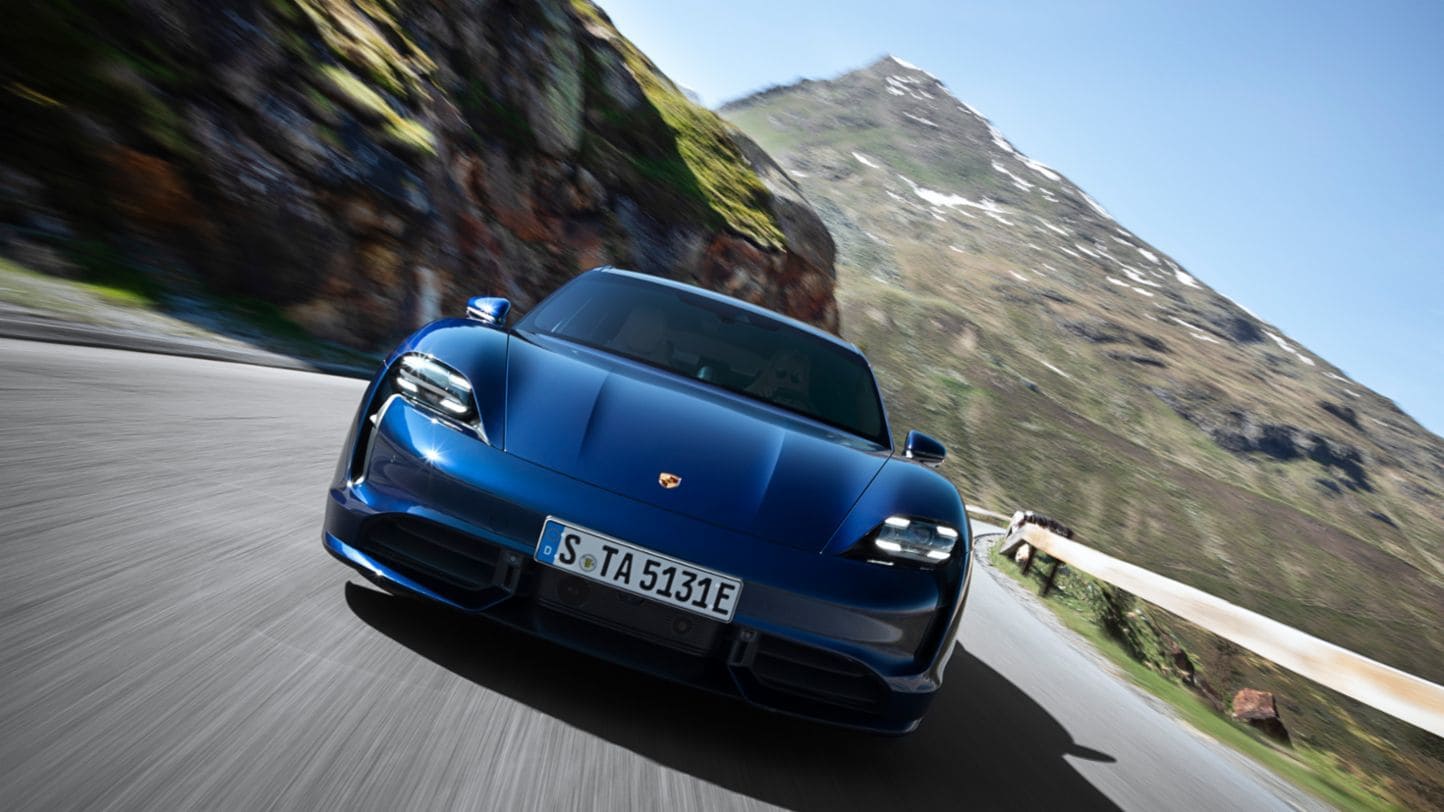 The Porsche ran its battery to zero first. While a third-place finish wasn’t a surprise, given the car’s EPA-estimated range, the Taycan recorded an admirable 236 miles before the battery warning system turned from yellow to red. The vehicle entered “limp mode," inching slowly over the last mile and barely making it up the ramp to the parking lot at Lucid’s headquarters before refusing to go any further.

After dropping the Porsche off, we went on the second leg. The Model S was showing a 33% state of charge; the Lucid still had more than 50% of its charge.

Other than the air conditioning, the camouflage-wrapped Lucid prototype was missing pretty much everything else: all the luxury trim, cushioned seats, decadent paneling, and cutting-edge cabin technology that the company hopes will lure traditional owners of a Mercedes S-Class or BMW 5 series. It just had generic car seats and seatbelts, which partly explains why lead weights were added.

An additional thing the Air has over its competition, even in the prototype, is space. The Lucid Air is slightly shorter than the Model S—at 185.8 inches—but has more passenger space in the cabin.

We headed northeast, passing through urban streets in San Jose and joining Interstate 880 to Oakland before cutting east and doubling back down Interstate 580 in a 100-mile loop. 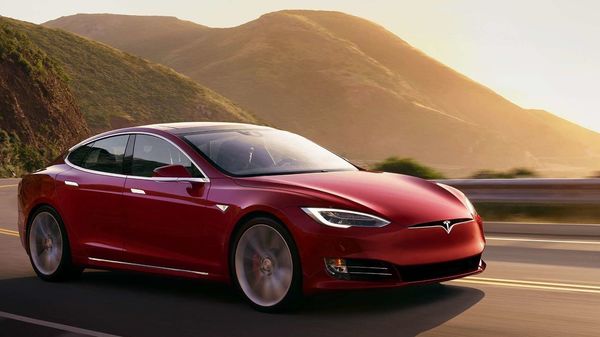 As we approached Newark, the Tesla’s driver pulled over. The Model S was displaying a battery warning on its main console, and the battery display showed 2%. I got in the back and off we went, doing lap after lap of Newark until eventually, after 355 miles, the Tesla could not proceed at any better than a snail’s pace.

At this point, the Lucid Air still had a 20% state of charge. Its final loop was a victory lap around the Bay, heading north to Oakland and taking the iconic Bay Bridge to San Francisco. From there, we headed south into Silicon Valley as the state of charge ticked lower every few miles.

We passed Tesla’s Fremont factory, where the company says it can churn out 500,000 vehicles a year, right as rush-hour traffic built up and the battery edged closer to zero. After more than eight hours of driving, the Lucid crawled (literally) into the company’s driveway after 456 miles on a single charge.It was definitive for me, at least under the constraints of the Lucid setup. The Air came out on top by more than 100 miles and with the weight of an additional passenger. If range is your yardstick for buying an electric car, you’ve got a lot to consider.

When I told Porsche that its Taycan came in last, the company downplayed the range and pointed to its overall performance and its status symbol as a true Porsche. Tesla did not respond to my request for comment.

Porsche does beat the Air on performance. Lucid says the Air’s 900-volt battery system and electric motors will make the car capable of doing zero to 60 mph in 2.5 seconds, but its power output of 450 kilowatts equates to 600 horsepower—no match for the Taycan’s 750. Nevertheless, Lucid has spent the past few years supplying the battery packs for Formula-E, the all-electric version of Formula One racing. Rawlinson says the experience has helped in developing the Air.

The company says the Air will cost around $150,000 but has yet to announce final pricing. While Lucid plans to introduce more affordable models, it is focused for the time being on a high-end product that can outperform its peers. The strategy mirrors the approach Elon Musk took with the Tesla Roadster before moving downmarket to cheaper models such as the Model S and then the Model 3.“You are defined by your first product," Rawlinson tells me an interview. “We need to create a technological tour de force as our first product at an appropriate price point. If we were at a lower price point, we wouldn’t get a margin on the product, largely because of the battery cost being such a significant factor in our bill of materials."

Limited production is scheduled to start in Arizona at the end of this year, but the Covid-19 coronavirus pandemic has set the company back by two to three months. The final specs and design of the Lucid Air are due to be unveiled at an event in September. Executives say customers can now expect delivery of the first batch of Airs in spring 2021.