Even as production and deliveries of Tesla Cybertruck continues to make customers wait, Ford is moving to top gear to deliver its F-150 Lightning. How much will this hurt Tesla?
By : HT Auto Desk
| Updated on: 27 May 2022, 09:43 AM 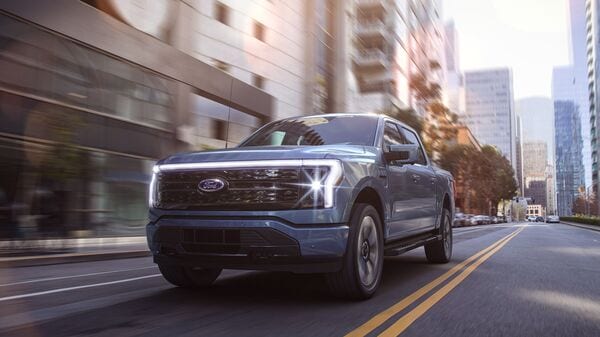 Schmidt may have owned electric vehicles in the past but his background in farming made his family skeptical about electric pick-up trucks. “So when there were pickup trucks coming out that were going to be EVs, I said, ‘whichever one comes first, I’ll buy it,’" he said. Sharing his experience of booking the Tesla Cybertruck for $100, he said nobody in his family could believe it because it was the ugliest thing they’d ever seen. “But it was $100 and I figured, you know, what’s the worst that could happen?"

Ford, with its massive investment plans, is gearing up to compete with popular EV maker Tesla. The former has plans to invest around $20 billion in the next few years to achieve its electrification goals. Hence this first delivery shows Ford's seriousness to rattle Tesla's crown. Tesla, on the other hand, is currently planning to begin the production of its highly anticipated Cybertruck which it introduced in 2019. The production of the Tesla Cybertruck got postponed for consecutive two years and now Tesla chief Elon Musk has confirmed that the electric pickup truck goes into production early next year.