BMW Group Plant in Chennai has completed 15 years of its operations in the country and the company celebrated this landmark by arranging an event with all associates. A year ago in 2007, the manufacturing facility built its first car, which was a BMW 3 Series. Since then, the plant has evolved much by growing in multi-fold ways and being expanded, increasing operations, growing manpower and substantially by increasing localisation.

Recently, the plant rolled out its 100,000th locally produced car from its assembly lines. Congratulating the team behind the plant, Vikram Pawah, President, BMW Group India, said, “The plant plays the most instrumental role in fulfilling demand for the latest, most aspirational BMW and MINI products. We are also proud of the pioneering role that BMW Group Plant Chennai has assumed in sustainable manufacturing practices in the auto industry." 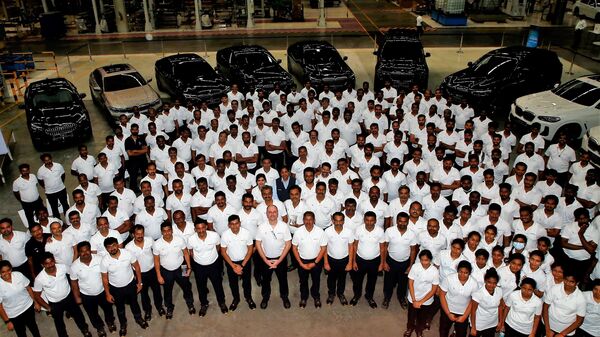 BMW India celebrated this landmark by arranging an event with all associates.

The manufacturing facility boasts of quality production with advanced manufacturing processes, technology, state-of-the-art machinery and skilled associates. The company says that each car that rolls out of the facility has the same international quality standards as any other BMW Group plant across the world. “(The plant) has emerged as a centre of manufacturing excellence in the last 15 years. It is a world-class facility that locally produces ‘Made in India’ BMWs and MINIs with the toughest quality standards," said Thomas Dose, Managing Director, BMW Group Plant Chennai.