Overland-E generation 2 comes with an unusual design that grabs attention at the very first glance.

Overland-E has announced the introduction of its latest electric vehicle Generation 2, which is a pure electric off-roader promising a 1,207 km range on a single charge capability to go anywhere. As the manufacturer claims, it plans to develop two Generation 2 models. One will be a street-legal model with a refined interior, meant for city driving. The other one will be a hardcore off-roader meant for dune bashing across the desert. The company claims that it will complete both the Generation 2 prototypes by the end of 2022.

The visual appearance of the Overland-E Generation 2 EV looks weird and identical to the vehicles shown in movies that feature a post-apocalyptic world. It gets an unusual front fascia that gets a black grille like panel, similar to the new generation Nissan cars, while the sleek LED headlamps come with curvy lines and integrated LED daytime running lights.

The car gets a large front overhang and curvy bonnet. The large wheelbase with chunky tyres indicates to its go-anywhere capability. The side profile is pretty simple and clean, while the cockpit appears to have a bare minimum look and similar to the Dakar rally vehicles. Four LED spotter lamps at the top enhance its practicality as an off-roader. Despite being an EV, the Generation 2 sports a jerrycan mounted at the side profile.

There is a rear deck that houses four large spare tyres easily. The LED taillight comes with a sleek and rectangular visual appearance. 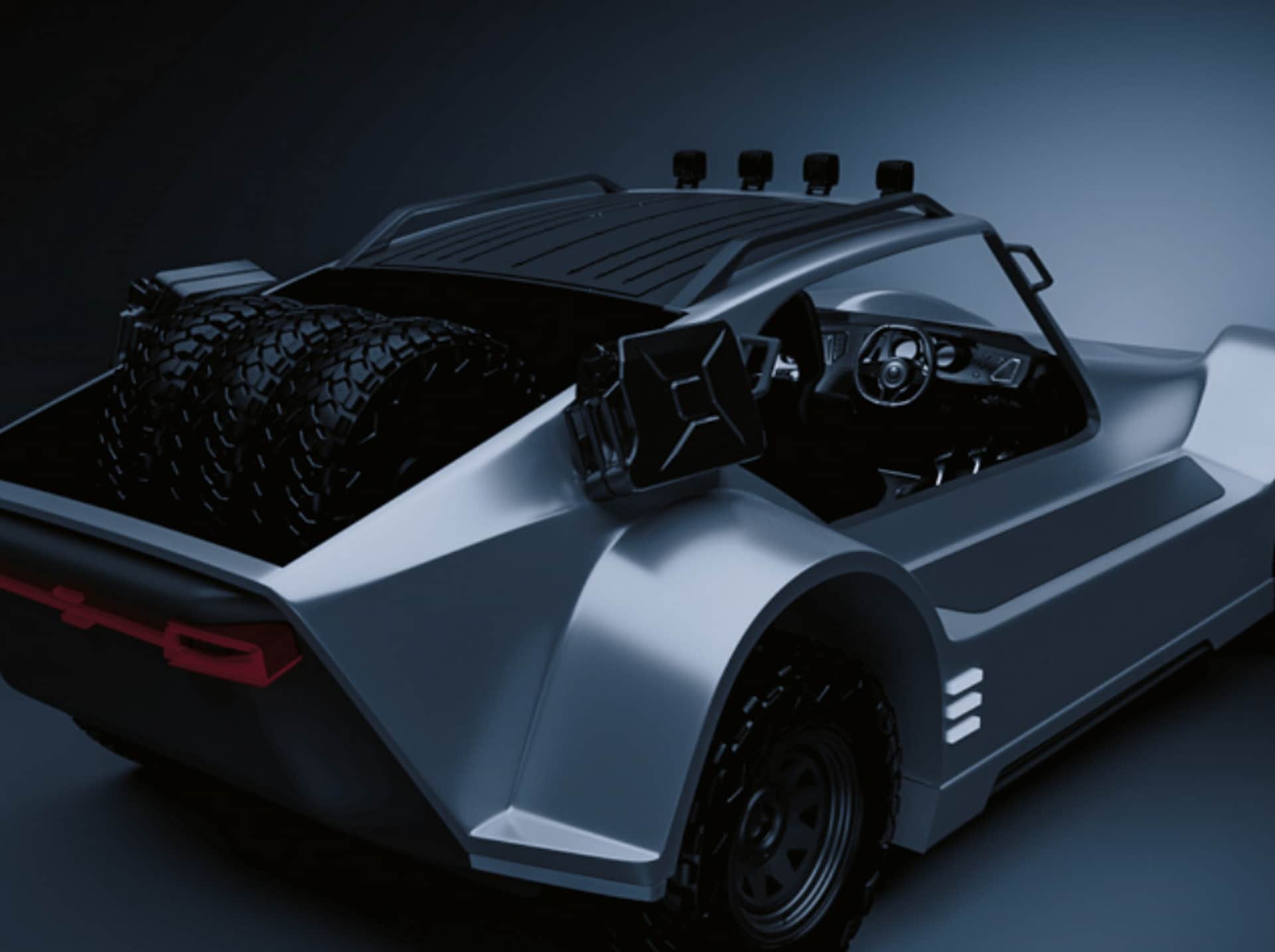 Despite being an EV, the Generation 2 sports a jerrycan mounted at the side profile.

This is not the first vehicle made by the company. Overland-E previously built MK1, which was based on a Volkswagen Beetle chassis and engine. The company aims to start the production of Generation 2 electric cars in June 2023. It will be manufactured in both UK and US.

When it comes to target customers, Overland-E is aiming at the B2B segment with this EV, especially military forces and motorsport teams. Speaking about the strategy, Arron Rawding, CEO of Overland-E said that the company is keen to sell the vehicles in the B2B segment such as the military but also wants to participate in motorsport, especially in the US, where desert racing is major motorsport.

“Having access to advanced EV tech is a hugely important element in ensuring that Overland-E will become a sustainable, net-zero business and we take on board that traditional fossil fuels will be banned from 2030," Rawding further added.