Home Auto Electric Vehicles Tesla Racing Ahead In Luxury Ev Pack In The Us, Bmw, Mercedes And Audi Trail

Tesla racing ahead in luxury EV pack in the US, BMW, Mercedes and Audi trail

Tesla EV registrations in the US were higher than all vehicle registrations of BMW, Mercedes and Audi.
By : HT Auto Desk
| Updated on: 11 Jul 2022, 11:01 AM 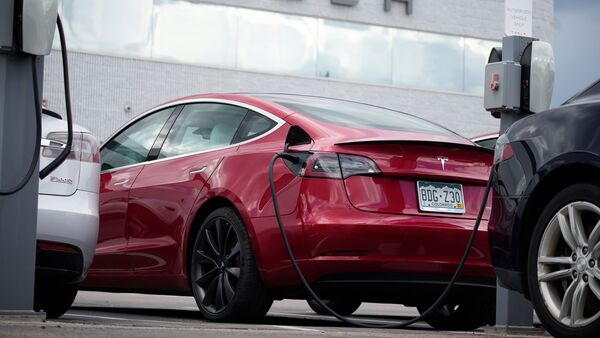 File photo of a Tesla Model 3 being charged. Model 3 is the most-affordable Tesla anywhere in the world at present.

Data from Experian and reported first by Autonews shows that as many as 179,574 Tesla EVs were registered in the US in the month of June. This is more than the 133,209 for BMW vehicles and significantly higher than Mercedes (112,296) and Audi (67,986). Among all these manufacturers, Audi was the only manufacturer which saw a dip in registrations - by 35 per cent - last month when compared to figures from the same month of 2021.

If only EVs are accounted for, Tesla obviously sticks to the same figure because it manufactures only EVs. Next on the list is Audi although it is a distant second with 6,617. Porsche comes in next with 3,627 EV units registered while Mercedes has the fourth spot with 3,250 EV units. Volvo and Polestar are the other notable players.

Much of the credit for Tesla's solid showing among overall vehicle manufacturers comes from factors such as growing preference for EVs, the dominance of products like Model 3 and Model Y and Tesla ramping up production at its facilities in California and Shanghai, and opening new plants near Berlin and in Texas. The Elon Musk-led company has some very ambitious plans of manufacturing eight million units a year by 2030, up from a million units a year at present. “It's difficult to say that... are we really changing the world if we're not switching out one percent of the global fossil fuel vehicles?" Musk was quoted as saying last September during the Tesla Battery Day event. "I'm not sure that we can make that argument unless we change at least one percent of vehicles per year."