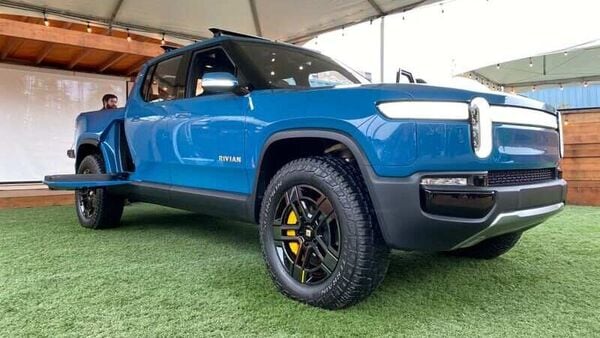 Ford Motor Company has sold its eight million shares of electric car maker Rivian Automotive Inc for $214 million, or $26.80 apiece, revealed the US automaker in a filing. The auto major currently holds nearly 94 million shares or a 10.5 per cent stake in Rivian. Also, Ford is the fourth largest stakeholder in the electric vehicle brand.

(Also Read: Volkswagen to launch electric SUV and pickup truck in 2026, but there is a catch)

The move comes at a time when Rivian is struggling in a highly competitive market. Interestingly, Rivian's competitors include Ford itself as well. While Rivian has introduced the R1T electric pickup truck, Ford too has its own F-150 Lightning electric pickup truck in the market and both these EVs compete with each other. A Reuters report claims that Rivian is facing difficulties in making electric vehicles due to the supply chain crisis limiting its manufacturing.

The electric car manufacturer reportedly slashed its planned 2022 production by 50 per cent to 25,000 vehicles earlier this year. Despite promising a unique product, Rivian is facing tough competition in the electric pickup truck segment, which has been witnessing a rapid surge in interest from the consumers. Several automakers have introduced their products in the category, while several others are working on their respective electric pickup trucks.

Such a high competition and inability to produce and deliver vehicles are impacting Rivian's brand image as well.