Home Auto Electric Vehicles Volkswagen To Launch Electric Suv And Pickup Truck In 2026, But There Is A Catch

Volkswagen to launch electric SUV and pickup truck in 2026, but there is a catch 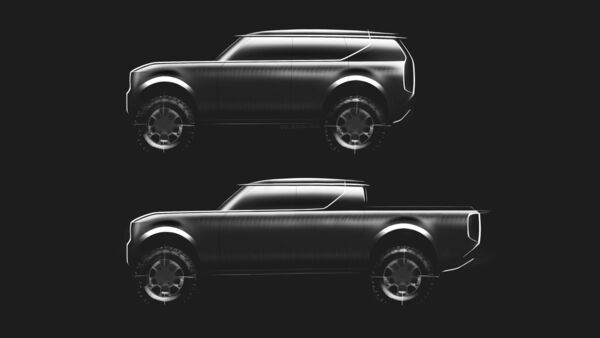 (Also Read: Tata Nexon EV vs Nexon EV Max: Range, price and what else is different)

⚡ We will produce an all-electric pick-up and rugged SUV

Speaking about the plan, Volkswagen CEO Herbert Diess has said that after VW's successful turnaround in the US, the company is now taking the opportunity to further strengthen its position in one of the most significant growth markets for EVs. "Electrification provides a historic opportunity to enter the highly attractive pickup and R-SUV segment as a group, underscoring our ambition to become a relevant player in the US market," he further added.

Volkswagen plans to form a new company later this year. It also revealed that prototypes of the new Scout pickup truck and SUV will follow in 2024, and production is slated to commence in 2026. Volkswagen claimed that the Scout electric vehicles will use a new technical platform concept and they will be built from scratch.

Speaking about the company, Volkswagen CFO Arno Antlitz said that the company will be established this year as a separate unit and brand within the Volkswagen Group and it will be managed independently. "This aligns with the new group steering model - small units that act agilely and have access to our tech platforms to leverage synergies," he further added.