Home Auto Electric Vehicles Dreaming Of An Electric Car Under ₹10 Lakh In India? Not A Realistic Option

Dreaming of an electric car under ₹10 lakh in India? Not a realistic option

The high price of lithium is one of the major challenges in making cheaper and more affordable electric cars.
By : HT Auto Desk
| Updated on: 17 Apr 2022, 05:03 PM 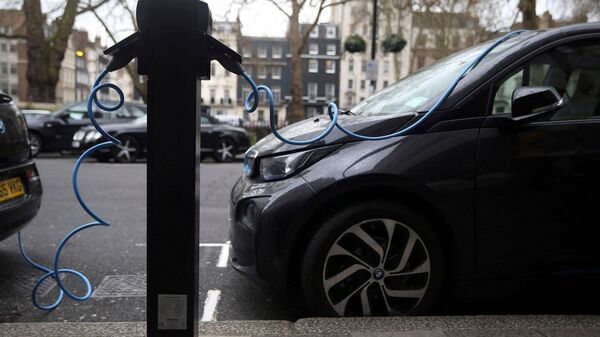 Affordability is one of the major bottlenecks for the growth of electric cars in India. While the number of electric vehicle sales in India is increasing at an impressive rate, electric cars are still facing the challenge. The EV momentum in India is led by electric two-wheelers and three-wheelers. The cheapest electric car available for personal buyers at present in India is the Tata Tigor EV which is positioned above ₹10 lakh. The only electric car that was priced below ₹10 lakh was the Mahindra e20 Plus, which has been discontinued. Now as Maruti Suzuki is gearing up to launch its first-ever electric car in India, many expect the king of affordable cars would enter the space with a sub- ₹10 lakh car. However, it would be a difficult task for not only Maruti Suzuki, but for any automaker.

The biggest hurdle for making an affordable sub- ₹10 lakh electric car in India cheap is the high price of existing battery technology. The current lithium-ion battery technology used by the EV makers in India contributes over 40 per cent of an electric vehicle's final cost. The pricing of the battery technology is unlikely to come down in the distant future. This means an affordable car with sub- ₹10 lakh pricing would remain a challenge for the carmakers. With the lithium price breaking all records, the price of the battery packs for electric vehicles would become pricier, impacting the cost of electric cars.

The rising demand for electric vehicles has resulted in high demand for lithium, which is scarce to find across the world. This makes the mineral highly expensive to procure. The mining monopoly in the sector adds to the already high price. Lithium price has witnessed its highest mark in 2022 with the cost being at more than $78,000 per tonne. The price of this rare earth mineral has increased exponentially from $4,450 per tonne in 2012 to $17,000 per tonne in 2021. However, the year 2022 has seen a record-breaking price of the mineral, making the case for a cheaper electric car tougher.

Small car is a solution, but there's a catch

The battery cost is high enough to bring down the electric car price to under ₹10 lakh slab. If a consumer opts for a smaller battery, that means he or she has to compromise the range of the electric car. Range anxiety is one of the major deal-breakers for consumers to opt for electric cars over ICE vehicles. A small battery means a small range for the electric car, which would further discourage the buyer. A smaller battery equipped car makes sense for a cheaper EV, but that has to be supported by a robust network of fast chargers, which is yet to be commissioned in India.