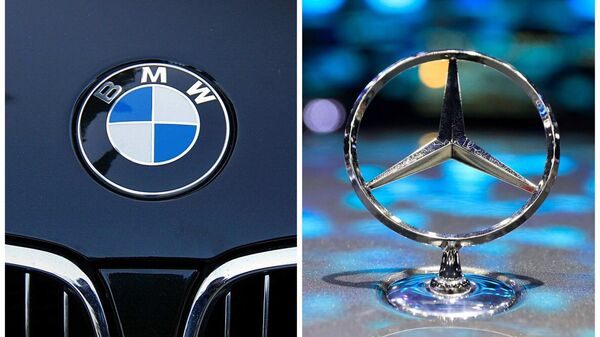 BMW and Mercedes-Benz are two prominent automakers in the premium segment whose rivalry has been noteworthy to date. Both the luxury carmakers have motivated one another to push in terms of performance, technology and safety features. However, despite various challenges, BMW seems to be going ahead of Mercedes-Benz. Last year, BMW beat Mercedes-Benz to become the world's premium car brand.

With positive growth in sales figures, last year compared to 2020, BMW emerged as the winner in the premium segment whereas Mercedes – excluding its Smart and vans – registered a dip of 5 per cent in the global sales of car units.

According to a report by Motor1, BMW had the advantage because of the growing demand for its most popular models while Mercedes was held back mostly due to its C-Class and E-Class models. Sales of BMW cars also increased in countries such as China, Europe, the United States and Japan-Korea. On the other hand, Mercedes saw a fall in the demand in these markets. In a past report earlier this year, BMW said it sold 22,13,795 units worldwide last year. BMW stated 2021 as the best-ever yearly sales for the company.

Mercedes, over the past decade, has focused on reducing the average age of its customers and hence introduced the Mercedes A-Class, CLA, CLS and SUV range making it more popular for its sporty performance-based vehicles. However, BMW is emerging with its latest deliverables such as the BMW iX, the 4 Series and the recently updated BMW 7 Series.

Even though both the automakers are changing their approach, it is the global sales gap between BMW and Mercedes that one needs to look out for as it may decide which company reigns in the premium segment for a longer time.