What went wrong with Tesla Model 3 in Florida? NTSB to probe the latest crash 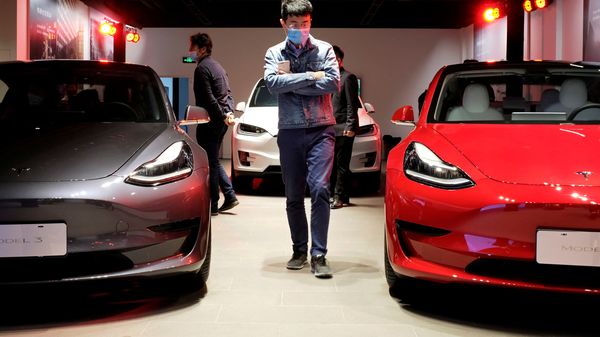 Tesla cars come with a semi-autonomous driving system that has been under the scanner for quite some time. (Representational image)

US Federal officials on Friday have said that they will probe a fiery Tesla crash that took place in South Florida, which left two people dead. On Monday, a Tesla Model 3 reportedly left the roadway and collided with a tree in South Florida.

US National Transportation Safety Board has said that the agency will look closely at the new technology on board the Tesla Model 3. The NTSB probe will focus on the operation of the electric compact sedan and the post-crash fire that erupted and consumed the car.

This is not the first time a Tesla car has made headlines for the wrong reasons. Previously several Tesla cars have been involved in crashes where the accusation was at the automaker's famous Autopilot semi-autonomous driving assist technology. In some cases, the battery of the car reportedly caused fire incidents.

In the last five years, NHTSA has investigated 31 crashes involving vehicles with partially autonomous driver assist technology. 25 cases among them involved Tesla electric cars. This has resulted in the US government authorities scrutinizing Tesla's technology even closely.

Tesla cars don't use petrol that could increase the risk of a major fire after a crash. However, the electric vehicles from this US EV manufacturer always come with risks of fire due to the battery. Tesla has even said that high-speed collisions can result in a fire for any kind of car, irrespective of its fuel type. In the latest Tesla crash in South Florida, it is not clear whether speed was the factor.

It is also not clear if the car's semi-autonomous driver assist technology was activated at the time of the crash. As news agency AP has reported, the NTSB will submit the preliminary investigation report in around 30 days.