Mercedes recently released a video of its EQC 4x4 concept making a big splash, quite literally, as the battery-powered SUV moved across a shallow stream of water.
By : HT Auto Desk
| Updated on: 25 Nov 2020, 10:28 AM 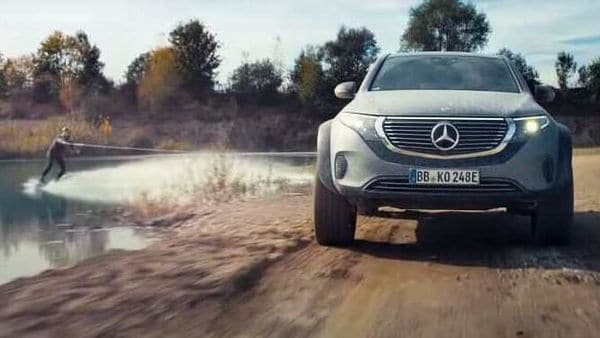 Mercedes EQC 4x4 concept shows off its off-road capabilities in a video recently released by the car maker.

Mercedes EQC has been launched in several markets across the world, including here in India, as a statement of intent which marries electric power with the luxury quotient Mercedes has always been known for. And as the German automaker moves forward to expand its electric lineup around the world, it is also determined to make its products ready for all kinds of terrain-related challenges. As such, here is a Mercedes EQC 4x4 concept that claims to make mincemeat of any path that comes in its way.

Mercedes recently released a video of its EQC 4x4 concept making a big splash, quite literally, as the battery-powered SUV moved across a shallow stream of water with a pulling wakeboard world champion Sanne Meijer 'surfing' along a line attached to it. 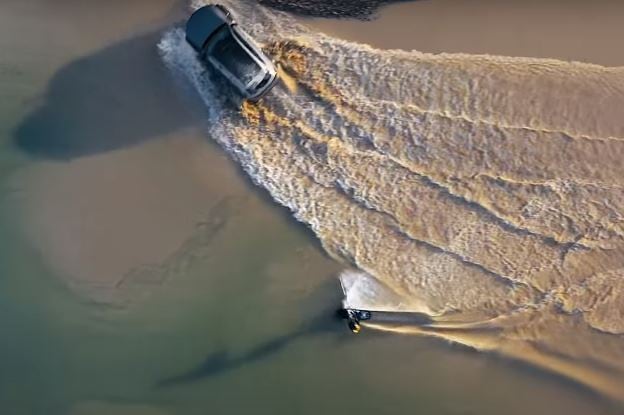 The video highlights the capabilities of the EQC 4x4 concept to rumble across gravel roads before entering the stream and doing the paces with youthful energy. Doubters have in the past said that battery-powered vehicles would be incapable of handling water obstacles but this particular mean machines clearly looks at silencing skeptics by showing off what it is capable of.

What helps this particular Mercedes EQC 4x4 concept tackle the rough terrain is a raised ride height of 293 mm from the 140 mm on the standard EQC. This is even 23 mm higher than the much-acclaimed G Class. Fording depth - the depth at which a vehicle can move across water without any seeping inside - is at 400 mm.

And while the EQC is now establishing its prowess on public roads with the promise of a long range, capable drive and luxurious cabin, those looking at its off-road twin may have an endless wait because Mercedes, as of now, has no plans of driving out the EQC 4x4 concept to production lines.