Volvo launched the petrol hybrid models of the S90 luxury sedan and the XC60 SUV in India today. Volvo also announced that it will launch the XC40 Recharge, which will be its first electric car in the country.
By : HT Auto Desk
| Written By : Sabyasachi Dasgupta
| Updated on: 19 Oct 2021, 01:40 PM 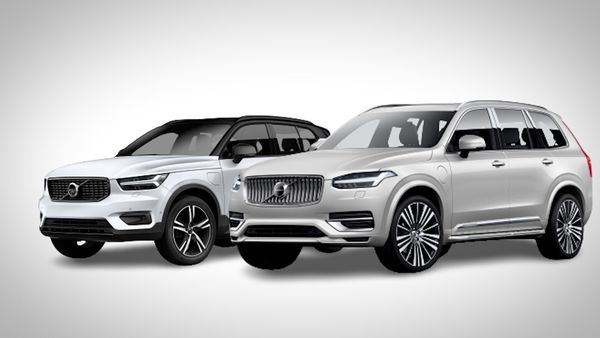 Both XC90 hybrid and XC40 Recharge models have already been introduced in global markets. The Swedish carmaker had earlier said that the launch of the XC40 Recharge SUV has been postponed till early next year due to a global shore of semiconductor chips. Bookings for the electric SUV have also been deferred. Volvo is likely to launch the XC40 Recharge in India in the first half of 2022. The carmaker announced today that it will launch one electric car every year starting in 2022.

Volvo XC40 Recharge has a claimed range of more than 400 kms on single charge. It has a 78 kWh battery pack to power its engine. The electric SUV is capable of hitting a speed of 100 kmph in 4.7 seconds and has a top speed limited to 180 kmph.

When launched in India, the XC40 Recharge electric SUV will join the luxury electric SUV segment to rival the likes of Mercedes EQC, Jaguar I-PACE and Audi e-tron.

The new XC90 Recharge SUV will also come to India with a petrol hybrid powertrain. It is likely to have the same 48V battery that is used in the S90 and XC60 models. The engine of the XC90 hybrid SUV is likely to get the same eight-speed Geartronic gearbox available for global markets. It is also likely to come equipped with the Shift-by-wire technology. The petrol hybrid engine can offer up to 50 kms of range when driving in the electric mode.

Volvo XC90 Recharge SUV with mild-hybrid petrol engine is currently available in India at a starting price of ₹96.65 lakh (ex-showroom). It has a 11.6 kWh lithium-ion battery which offers a range of about 37 kms in electric mode. The engine is capable of churning out 299 bhp of power and 400 Nm of peak torque.