Volvo said that supply chain bottlenecks would remain a restraining factor for the automaker, while the component shortage would only gradually improve.
By : HT Auto Desk
| Updated on: 23 Mar 2022, 04:12 PM 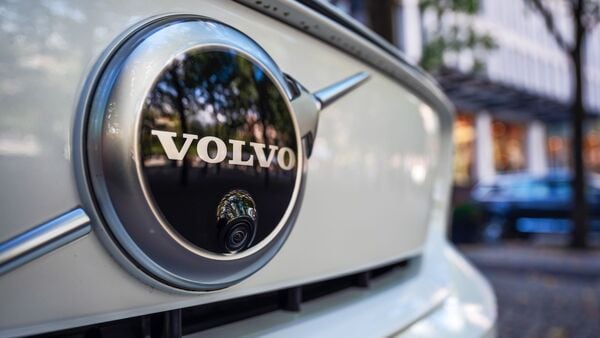 Volvo Cars foresees only a marginal growth in 2022.

Swedish luxury car major Volvo Cars on Tuesday has announced a reduction in its sales volume forecast for the year 2022. The automaker has blamed the ongoing microchip crisis behind the sales volume forecast slash. The car major has said that it expects a marginal growth in deliveries for the year 2022, as compared to 2021. However, Volvo previously speculated a major growth in deliveries in 2022.

However, the automaker, which has a majority stake owned by China's Geely Holding, said the problems were not related to the ongoing war between Russia and Ukraine. However, the crisis there has resulted in increased costs for the crucial raw materials, energy and freight charges as well. The car brand has said that Volvo Cars will continue to work with pricing to mitigate the effects. Expect the car manufacturer to increase its vehicle pricing in near future.

Back in February this year, Volvo said that supply chain bottlenecks would remain a restraining factor for the automaker, while the component shortage would only gradually improve.

The microchip crisis has been impacting global auto production and sales significantly for more than a year. The latest disruption in terms of the Ukraine-Russia war that has caused severed supply chain disruption would result in lengthening the trouble. Besides that, the war has also resulted in a surging price of crude oil in the international market, a shortage of several critical raw materials and vehicle components that are produced in both Russia and Ukraine. All these factors are likely to impact vehicle production in the longer term.

Not only Volo, but Toyota too has already announced a lowered sales volume expectation for this year, owing to the ongoing supply chain crisis.