Volkswagen is also focusing on faster and more independent local production of its electric cars in China
By : HT Auto Desk
| Updated on: 03 Feb 2022, 06:22 PM 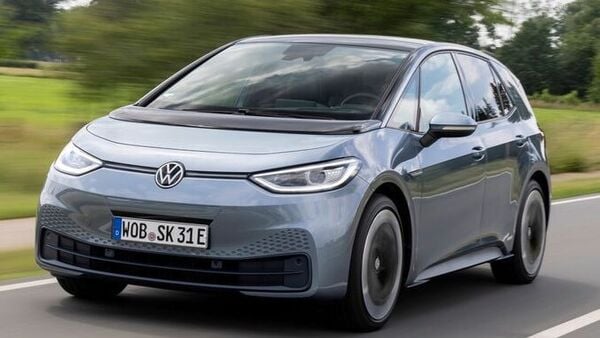 All-electric Volkswagen ID.3 will be soon launched in China.

Volkswagen aims to boost its electric car production capacity in China to one million by 2023, revealed Ralf Brandstaetter, CEO of Volkswagen Passenger Cars. The decision comes as the German automaker is trying to replicate its success with petrol-powered vehicles in China's tough electric vehicle market that is currently dominated by the local brands and Tesla.

(Also Read: How battery swapping policy can be the panacea for electric vehicle pain points?)

Ralf Brandstaetter also emphasised on faster and more independent local production for the growth of its electric car sales in China, reports Asia Nikkei. Passenger car sales account for roughly 60 per cent of total sales for the automaker in terms of delivery volume. With the emerging importance of electric vehicles, Volkswagen aims to become a major power in the segment and China being one of the largest EV markets, the German brand targets to grab a sizeable chunk there.

For this, Ralf Brandstaetter has relocated to Beijing from where he will oversee the manufacturing operations for the automaker starting from August this year. The automaker has been setting up a new plant to make electric vehicles in China under a joint venture, which will be fully operational in 2023. This plant is claimed to be capable of producing 300,000 electric cars every year.

Apart from that, Volkswagen also has joint ventures with FAW Group and SAIC Motor in China. All plants combined, the automaker aims to roll out one million electric cars annually from 2023, accounting for around 20 per cent of the auto manufacturer's overall production in the country.

Volkswagen also aims to increase localisation for its cars in an attempt to keep pricing competitive, which would result in further growth for the brand. Speaking about this strategy, Brandstaetter said that the company is emphasising on using the recent technology trends for the rest of the world and across all entities. These include internet connectivity and electric models with self-driving functions.

"In the past, our approach was to develop in Germany and localize in China. But this approach will be changed significantly by setting up more local resources for R&D, especially for software, to be faster, to be more independent in China," said Brandstaetter.