Vehicle prices and parts shortages to increase, blame it on Ukraine war: Report

Vehicle prices are likely to surge higher significantly in the coming days owing to the parts shortage and other disruptions.
By : HT Auto Desk
| Updated on: 04 Apr 2022, 08:27 AM 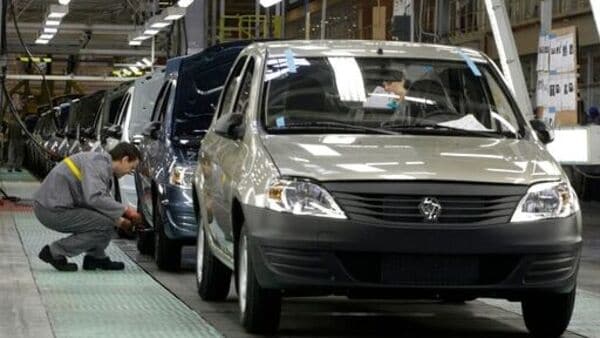 The war between Russia and Ukraine has been creating quite a disruption in the global auto industry. But the disruptions are expected to continue and grow further, claims an AP report. The war is putting increasing pressure on the supply chain of the auto industry, with key raw materials for component production being impacted. Several automakers around the world have already started facing parts and raw material shortages, which resulted in a production halt.

BMW has halted production at its two German factories. Mercedes-Benz is slowing work at its assembly plants. Volkswagen too has warned of production stoppages and looking for alternative sources for parts. These production disruptions are not only reducing the global production volume, but increasing the waiting period for buyers, and resulting in higher vehicle prices as well.

The global auto industry has struggled with disastrous shortages of computer chips and other vital parts that have shrunk production, slowed deliveries and hiked prices of new and used cars soaring beyond reach for many consumers. Now, the ongoing war has further intensified the problem for the industry.

Ukraine is a key exporter of electrical wiring and that has gone out of reach suddenly due to the conflict. The report claims that vehicle prices are now expected to head even higher well into next year. Besides such crucial parts, key metals too are facing scarcity, as Russia is a crucial exporter of such metals that are used in vehicle manufacturing. These include palladium for catalytic converters and nickel for electric vehicle batteries.

“You only need to miss one part not to be able to make a car," said Mark Wakefield, co-leader of consulting firm Alix Partners’ global automotive unit. “Any bump in the road becomes either a disruption of production or a vastly unplanned-for cost increase."

Edmunds.com estimates suggest that the average price of a new vehicle has gone up around 13 per cent in the past year. The used vehicle prices too have surged, by around 29 per cent. Now, with the conflict going on, the prices are expected to hit even higher benchmarks.