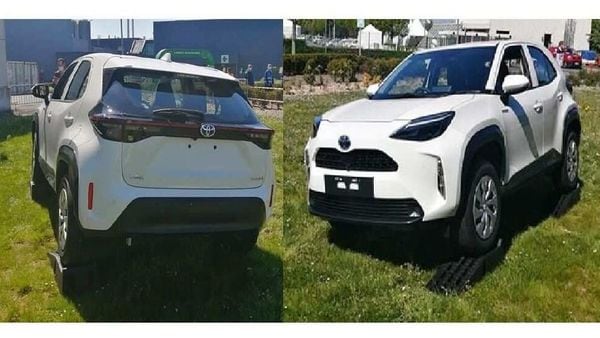 Only a few days after the Toyota Yaris Cross was revealed for the first-time in the studio pictures, new 'real-life' images of the crossover SUV has surfaced online giving a fairer idea of its exteriors.

For those unaware of the previous developments, there is no connection between the Indian-spec Yaris sedan and the new Yaris Cross, save for the similar names.

The Yaris Cross is underpinned by the GA-B version of the TNGA platform. It has its roots in the Mk4 Toyota Yaris family which was brought to life last year.

As far as mechanical details are concerned, the Yaris Cross will be offered in petrol and hybrid variants. The petrol option will use M15A-FKS 1.5-litre direct-injection three-cylinder unit which is capable of generating 120 PS of power and 145 Nm of peak torque.

The hybrid option will use the M15A-FXE 1.5-litre direct-injection three-cylinder gasoline powerplant which will work in-conjunction with an electric motor. Deeper details on this powerplant will be revealed in the days to come.

Its production is set for TMMF (Toyota Motor Manufacturing Factory) Onnaing factory in France and Japan's Toyota Motor East (Iwate) factory. It will be launched in the Land of the Rising Sun in late-2020 and will then head-on to the European markets by mid-2021.

Though it appears to be quite a promising product for the Indian market but there are no confirmed plans of its Indian arrival.