Launched in only one variant, the Vellfire arrives in India through the CBU route (Completely Built Unit).First three shipments of Toyota Vellfire are already soldout.Vellfire will compete in India against Mercedes Benz V Class.
By : Shubhodeep Chakravarty
| Updated on: 26 Feb 2020, 04:58 PM 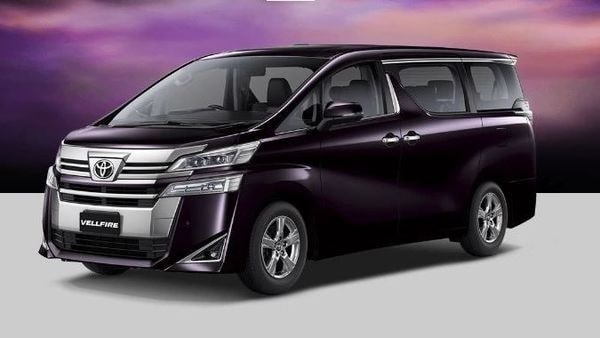 Toyota on Wednesday officially launched the much-awaited luxury MPV Vellfire in India at ₹79.5 lakh (ex showroom). At this price tag, it is the costliest Toyota product in the country currently but does stand out as an ultra premium offering from the company with its first three shipments here already soldout. 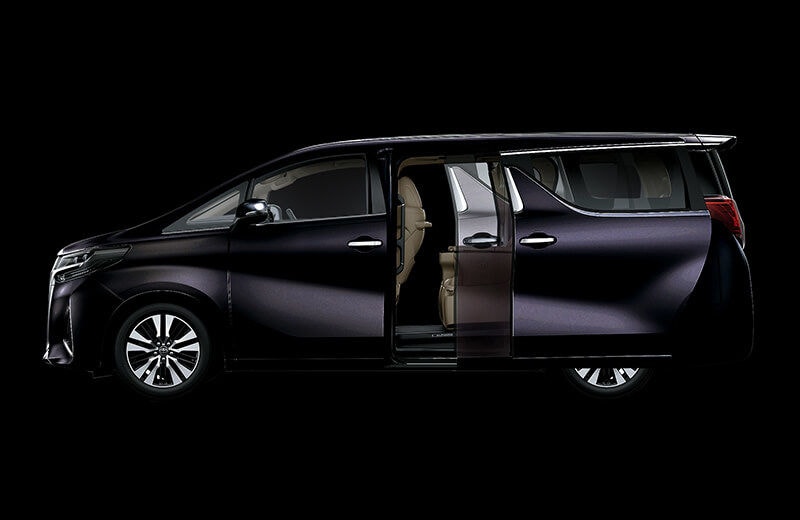 The sliding doors on the Vellfire.

Under the hood is a 2.5-litre petrol motor with parallel-hybrid technology courtesy two independent electric motors. The MPV belts out maximum power of 117 Ps and has peak torque figures of 198 Nm. It has a claimed mileage of 16.35 kmpl.

As is expected from a vehicle of its stature, the Vellfire gets an extremely plush cabin with seating for seven. There are two sunroofs, three-zone climate control, 13-inch roof mounted entertainment unit and leather upholstery. The middle-row receives special treatment and has electronically-powered ottomans for additional leg support, power-adjustable seats which have heating and cooling functionality and fold-away tables. The passenger seat at the front also gets an electronically-powered ottoman and has heating and cooling functionality. There is also a 16-colour ambient lighting on the roof. There are two interior colour options to choose from - Flaxen (Beige) and Black, while there are four exterior colour options - Burning Black, White Pearl, Graphite and Black. 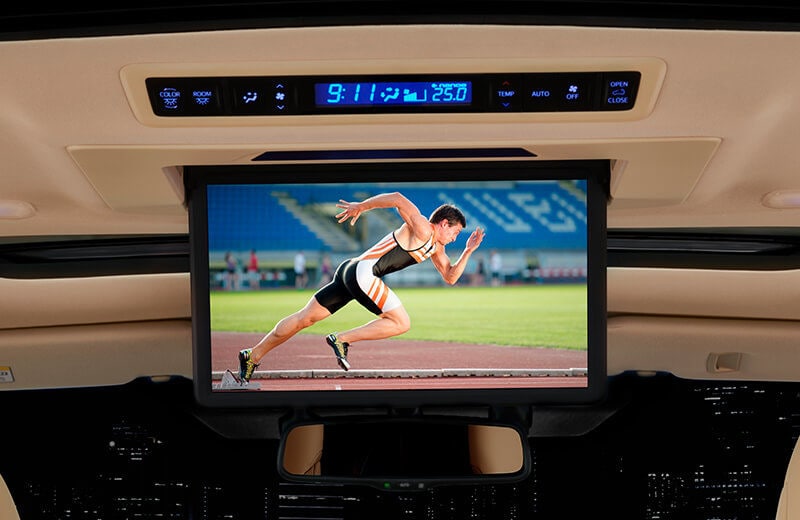 A 13-inch entertainment screen on the Vellfire.

The most striking feature of the Vellfire, however, is its bold stance and massive road presence. Automatic LED head lights, heated ORVMs etc add to the convenience factor on the outside. As for safety, the MPV is loaded to the brim and the list includes seven airbags, front and rear parking sensors, panoramic view monitor, hill start assist and TPMS.

The Vellfire will take on the Mercedes-Benz V-Class which was launched late 2019 here. The V-Class Marco Polo edition was launched at Auto Expo 2020.