Toyota's most expensive car in India to become even costlier 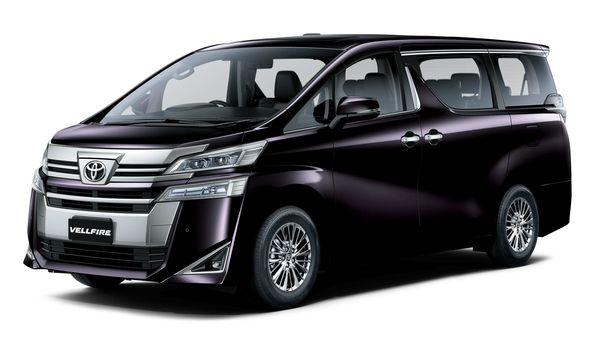 Toyota Vellfire is the costliest vehicle in the company's India line-up.

"The impending hike has been necessitated due to the substantial rise in exchange rate," Toyota said commenting on the reason for the price hike, in a press release sent on Friday.

While the cost hike announcement has been made, the Japanese automaker has kept mum on the exact details about the new prices.

For the record, the Vellfire luxury MPV was launched in the Indian market in February this year at ₹79.50 lakh (ex-showroom, India). Unlike the foreign markets where it is also offered in conventional petrol engine options, the India-spec model gets a 197 PS parallel hybrid system which comprises a petrol engine (2AR-FXE 2.5-litre), 2JM and 2FM electric motors along with a 6.5 Ah Nickel-Metal Hydride battery pack. The overall fuel economy of this system has been rated at 16.35 km/l.

As far as its trim options and features are concerned, the luxury people mover is available in only a single trim - Executive Lounge. This model gets split LED headlamp featuring cornering function, LED rear combination lamps, 17-inch alloy wheels and plenty of chrome detailing all around.

Some of its comfort and convenience features include twin moonroof, power rear and back doors, ventilated and heated front seats with memory function, individual seat tables, power reclining, adjustable ottoman second-row seats, and more. Mind you, all this is offered as a part of the standard kit.

The company has also recently announced a price hike on the Fortuner SUV. It has become dearer by ₹48,000 and is now priced in the range of ₹28.66 lakh* to ₹34.43 lakh*. (More details here)