Toyota Motor Corp. is planning to push deeper into China and the market for the alternate energy source.It is forming a joint venture with five Chinese companies including Beijing Automobile Group Co. and China FAW Corp. to develop fuel cells for commercial vehicles
By : Bloomberg
| Updated on: 05 Jun 2020, 03:17 PM 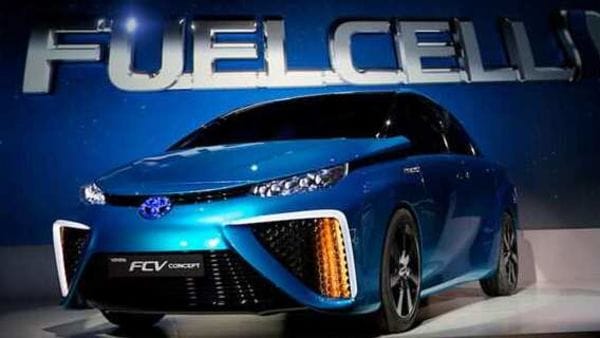 Toyota Motor Corp. is forming a joint venture with five Chinese companies including Beijing Automobile Group Co. and China FAW Corp. to develop fuel cells for commercial vehicles, seeking to push deeper into China and the market for the alternate energy source.

The other partners are Beijing SinoHytec Co., Dongfeng Motor Corp. and Guangzhou Automobile Group Co., the companies said in a statement Friday. Toyota has already partnered with Guangzhou Auto and China FAW to develop fuel cell vehicles. Their joint venture will be called United Fuel Cell System R&D, based in Beijing and starting with an initial investment of 5 billion yen ($46 million).

Toyota has been one of the biggest backers of fuel cells among global automakers, betting that they can become a source of energy for electric vehicles on par or even better than batteries. Even so, the Japanese automaker has also begun to put more resources into battery development. The partnership with the Chinese companies underscores Toyota’s continued interest in fuel cells, especially for commercial applications such as buses and trucks.

Despite the backing of Toyota and other industry giants touting the benefits of fuel-cell vehicles — they refuel faster and are more suitable for driving long distances than all-electric vehicles — the technology hasn’t caught on due its expensive price tag.

Toyota will hold 65% of the new joint venture, it said in the statement.

But China has the muscle to change all that should it make hydrogen-powered vehicles a national priority. The world’s biggest car market is set to embrace hydrogen fuel-cell vehicles in the same way that it did EVs, Wan Gang, who’s been called the father of China’s electric-car movement, said last year.

FAW and Dongfeng are two of the three state owned auto making groups in China. Beijing Auto and GAC are the partners of foreign carmakers including Daimler.