Toyota Hilux has been around in global markets for several decades with the company selling 18 million units of the capable vehicle.
By : Shubhodeep Chakravarty
| Updated on: 01 Dec 2021, 01:08 PM 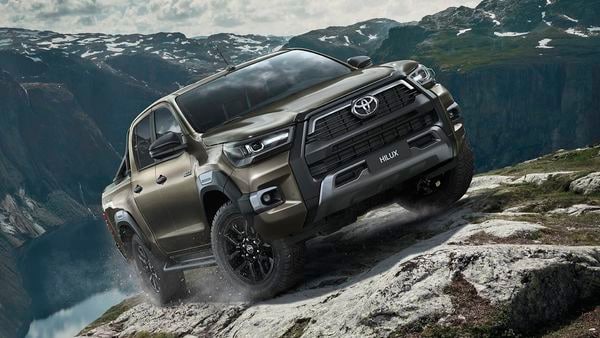 Big is bold and beautiful over at the Toyota Kirloskar Motor camp and while the Fortuner and Innova Crysta have been segment leaders for the company, there may well be room for some flexing in the rather niche pick-up truck segment here. Sources have confirmed to HT Auto that Toyota is readying its Hilux model for a launch sometime early 2022.

As per sources HT Auto reached out to, Toyota sees potential for Hilux to make a mark in the auto market here and is all set to bring the vehicle here, possibly in the first month of the new year itself. Globally, Hilux has been present in several markets for several decades - 18 million units of the car have been sold since 1968, and timely updates have helped it remain not just relevant but a formidable player against newer rivals too.

Based on the IMV-2 platform which also underpins the Fortuner and Innova Crysta, the target audience of Toyota with the Hilux, however, could be very different. A big road presence - in terms of dimensions as well as styling - means that this pick-up could well be a versatile player within city limits as well as beyond.

Expect the Hilux to be a capable off-roader while also offering a plethora of comfort and convenience features in the cabin. The latest model sold in global markets gets an updated 2.8-litre turbo diesel engine mated to either six-speed manual or a six-speed automatic transmission unit, while also incorporating features like ambient lights, auto air conditioning, an eight-inch infotainment screen, JBL speakers, among others.

In India, it is expected that the Hilux may share some key parts with the Fortuner and may be priced at around ₹30 lakh mark. In terms of competition, the Hilux will go head on against Isuzu V-Cross.