Toyota says that with this move, the automaker re-enters B-segment on the portal.Toyota Yaris rivals the likes of sedans such as Honda City, Hyundai Verna, VW Vento and Maruti Suzuki Ciaz.
By : HT Auto Desk
| Updated on: 24 Jun 2020, 09:00 PM 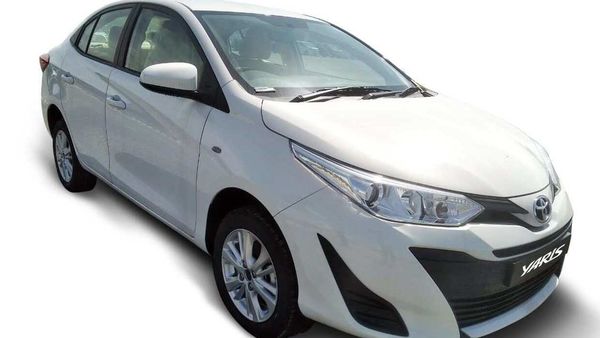 Toyota Kirloskar Motor recently announced that the Yaris sedan is now available at the Government e Marketplace (GeM) portal. The company says that with this move, it re-enters B-segment on the portal.

As per a press release sent on Wednesday, the Toyota Yaris sedan will be available in 'J' MT grade at the GeM for a price tag of ₹9,12,382. For the record, the Yaris sedan is also available in G,V, VX trims.

The company says that the sedan will be available in standard white colour but other options can also be provided as per the requirement.

The Toyota Yaris sedan was originally introduced in the Indian market back in 2018. As per official claims, the Yaris has registered a growth of 64% for the period of January-March 2020, as against corresponding period in 2019.

Commenting on the move, Naveen Soni, Senior Vice President, Sales and Services, TKM, said, “The listing of Yaris on the GeM will now ensure that car buyers from central and state governments will have a wider choice in the sedan category. We are cognizant that several Government undertakings are moving towards procurement from the GeM in the post-Covid world and we want to ease their buying experience."

The Toyota Yaris rivals the likes of sedans such as Honda City, Hyundai Verna, VW Vento, and Maruti Suzuki Ciaz.