Ethan Lipsitz is the artist behind the project and he was inspired to start painting cars following his struggles with cancer.
By : HT Auto Desk
| Updated on: 29 Mar 2021, 11:13 AM 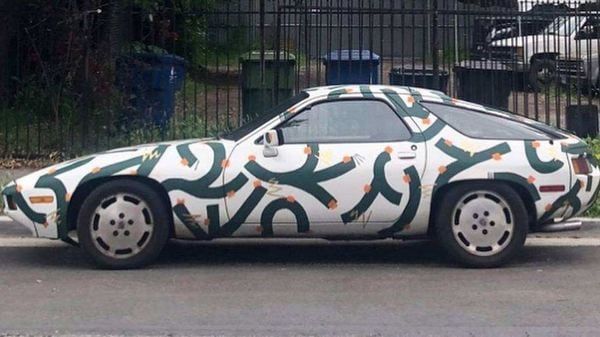 The Porsche 928 is hand-painted by Ethan Lipsitz. (Image: Craiglist)

Cars often become palettes for car artists. So is this particular 1979 Porsche 928 that has been hand-painted to become an art car found on Craiglist. The art cars often reflect a great artwork and this one too is bound to catch attention instantly.

Ethan Lipsitz is the artist behind the project and he was inspired to start painting cars following his struggles with cancer. A report says that after he was diagnosed with brain cancer in 2017, Lipsitz stepped down from his previous life as the CEO of a business and channeled his creative energy into the art. Besides this Porsche 928, he also hand-painted other art cars that include a Honda Del Sol, which he painted and took down to Cabo San Lucas, Mexico.

He sold the first project Honda Del Sol to a local gallery there. Lipsitz believes that art cars can be a medium to spread love and joy. He started working on the particular Porsche 928 art car in 2008.

The Porsche 928 is currently available for sale on Craigslist in Cypress Park, California for $12,500. This example has received regular services at local workshops. Besides the scheduled maintenance, the Porsche 928 art car has also received a new muffler, rebuilt transmission, revised interior door panels, and an all-new sound system as well.

Art cars rose to fame in the late 60s and 70s through the counterculture movement, when the participants used to drive the famous Volkswagen bus. It was very common to see the Volkswagen buses painted in different colours.

The Porsche 928 is a luxury grand tourer that was produced between 1978 and 1995. The car was originally intended to replace the iconic Porsche 911. The Porsche 928 has the power, poise, and typical sports car handling characteristics with refinement, comfort, and equipment of a luxury sedan. It was available in four different engine options and three different transmission options.