This Nikola hydrogen pickup truck would have a drinking fountain. Know the truth

Nikola founder Trevor Milton's announcement about a drinking fountain in Badge hydrogen pickup truck is claimed to be a gimmick.
By : HT Auto Desk
| Updated on: 04 Aug 2021, 12:17 PM 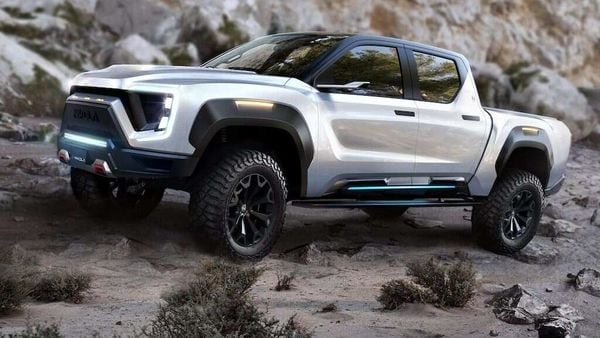 Zero-emission vehicle manufacturer Nikola has already garnered pretty good attention in the automotive world with its range of green vehicles. Now, the automaker seems to be mulling the idea of adding a drinking fountain in its planned Badger hydrogen pickup truck.

He has been recently indicted by the US Department of Justice and Prosecutors. The prosecutors have alleged that after making such a claim about a drinking fountain in Nikola Badger, Milton checked online to see if is feasible to create a fountain in a hydrogen fuel cell vehicle.

His tweet confused Nikola engineers as well, who thought it was a joke. This tweet also misled the shareholders of the company and investors. The US Department of Justice claimed that between November 2019 and September 2020, Milton's misleading statements about Nikola products, technology and future sales lured the investors into buying shares of the company.

This helped Nikola's share value to increase rapidly. The hydrogen vehicle manufacturer's value even briefly surpassed Ford and Fiat Chrysler Automobiles' value as well. The company claimed that it had secured more than $10 billion in pre-orders. Milton even became one of the top 100 wealthiest persons in the world.

Meanwhile, Nikola has announced on Tuesday that supply chain constraints are resulting in numerous delays forcing the company to cut its vehicle delivery projections by 50%. The company previously said that plans to manufacture 50 to 100 electric semi-trucks in 2021. Now, the projection has been slashed to 25 to 50 units.