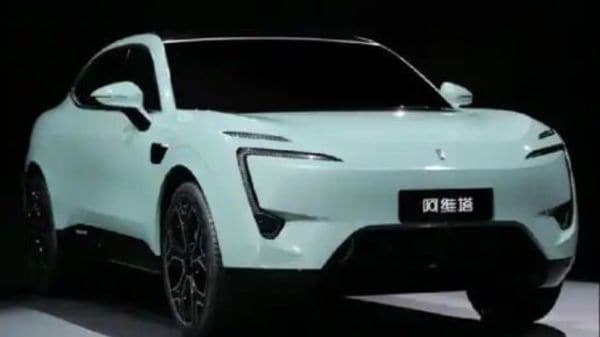 Electric cars around the world seem to be entering the next phase of evolution. Electric cars are gradually focusing on performance over range. With the improvement of thermal management, new battery technologies and other innovations in the segment, EVs are increasingly focusing on offering better performance. An electric SUV developed in China promises to run a 700 km range on a single charge. But, what's most interesting is the acceleration capability it promises.

Known as AVATR E11, the electric SUV is claimed capable of sprinting 0-100 kmph in just four seconds. The electric car has been developed by Avatar Technology, a joint venture of three companies - Huawei, CATL and Changen Automobiles. This is the first high-end pure all-electric vehicle developed by the joint venture.

The electric SUV comes with a sporty design. It gets split LED headlamps. The front fascia gets a minimalistic approach. Moving to side profiles as well, it follows a smooth design and ditches sharp creases, which are supposed to help the EV with better aerodynamic efficiency. It gets hidden body integrated door handles and sleek LED taillights as well. The large and sporty wheels add boldness to the electric car. The AVATR E11 electric SUV measures 4.8 metres in length.

The EV has been launched in the Chinese market at a price tag of 300,000 Yuan, which is equivalent to nearly ₹35 lakh. Mass production and delivery of this all-electric SUV are expected to commence in the third quarter of next year.

The JV is has announced that it will launch an array of all-electric vehicles the market across different body styles. While the  AVATR E11 comes as an electric SUV, other SUVs and MPVs are on the card to launch over the next three years aiming to grab a large chunk in the bulging Chinese electric car market.