In the last few days, Tesla stock prices dropped substantially, since Musk announced about selling more than 10 per cent of his stock.
By : HT Auto Desk
| Updated on: 16 Nov 2021, 09:44 AM 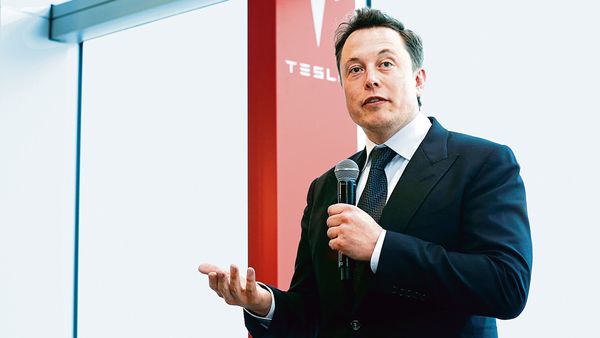 Elon Musk has a history of market-moving statements.

Tesla CEO Elon Musk has again sold shares of the EV maker, the second time in a week, Reuters reports. With this, Elon Musk has sold $930 million in shares to meet the tax withholding obligations.

As the report suggests Musk sold a total of 934,091 shares on Monday after exercising options to buy 2.1 million stocks at $6.24 each on Monday. Earlier, last week, Musk sold another 934,000 shares for $1.1 billion after exercising options to acquire nearly 2.2 million shares. He will be required to pay the income taxes on the difference between the exercise price and the fair market value of the shares.

In the last few days, Tesla stock prices dropped substantially, since Musk announced about selling more than 10 per cent of his stock holdings in the electric vehicle manufacturing company. Tesla shares on Monday closed at $1,013.39.

However, the decision to sell off Tesla shares by Elon Musk didn't come as a sudden move. But, both these sell-offs come as well-calculated ones, as the report suggests. These two options-related sales were decided in September through a pre-planned trading plan.

However, when Musk polled Twitter users on November 6 about selling 10 per cent of his stake, it pushed the EV maker's share price down, as 58 per cent of the 3.5 million voters said yes.

Meanwhile, Musk has sparred with US senator Bernie Sanders during the last weekend. Musk's taunt at Sanders came as the senator repeatedly demanded that the ultra-rich in the US should be taxed more. Supporters of this idea have targeted Elon Musk for not paying enough tax despite being the richest man in the world.

Barnie Sanders on Saturday tweeted “we must demand that the extremely wealthy pay their fair share." Taunting him, Musk wrote in his tweet, “I keep forgetting that you're still alive." He also wrote in a subsequent tweet, "Want me to sell more stock, Bernie? Just say the word…"