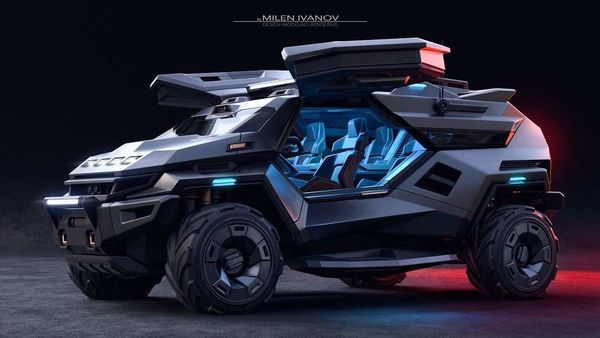 According to reports the Armortruck SUV will be made of steel, titanium, Kevlar and carbon fibre. (Photo courtesy: artstation.com)

The Tesla Cybertruck marked a before and after in the way of seeing the pickups or SUVs with a futuristic design. Several other vehicle designers have also taken to create models that seem drawn from a video game or an apocalyptic movie. But this latest one is a notch above most of them.

The Armortruck SUV looks like an armoured vehicle that looks like a tank. And one can drive this giant into a battlefield. Armortruck is the work of designer Milen Ivanov, and to be fair its detailed design makes the Tesla Cybertruck look like a cardboard pickup.

The concept armoured SUV, with a combination of sleek design with brute force capabilities, looks more like a cross between a Lamborghini Urus and Rezvani tank. At first glance the Armortruck is a half war tank, half off-road design that makes one think of a variant of the Batmobile. At first glance the Armortruck appears as a variant of the Batmobile. (Photo courtesy: artstation.com)

According to reports the Armortruck SUV will be made of steel, titanium, Kevlar and carbon fibre, some of the most resistant materials on Earth. Even the wheels would be able to withstand gunshots.

As for the interior, the Armortruck is impressive. It appears comfortable and clear with a smart design. It has space for four occupants with seats that looks quite ergonomic and safe. The cabin stands out for having angular shapes that match the exterior. 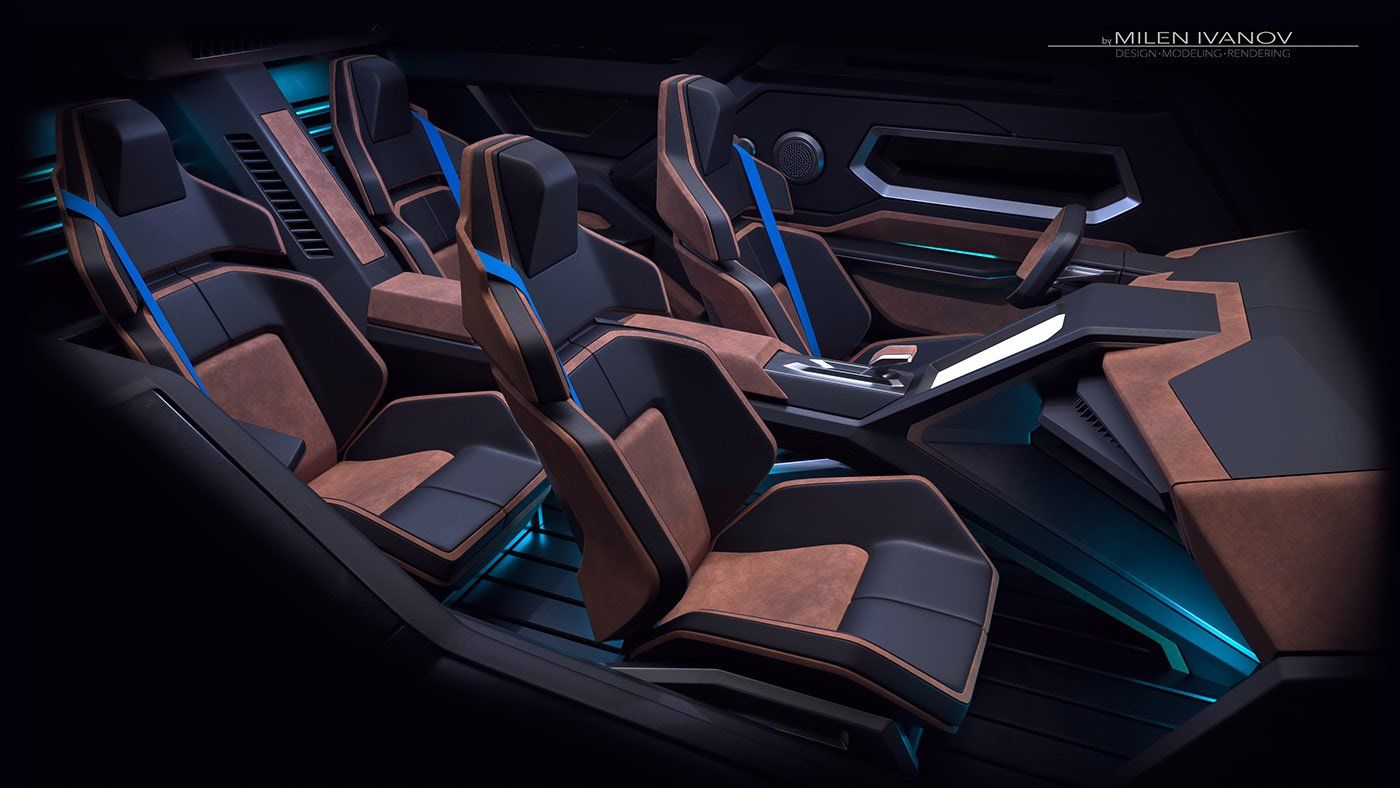 The concept armoured SUV is powered by a 6.2-litre 1000hp V8 engine. Designer Milen Ivanov is also working on a hybrid version of this SUV that will provide a combined power of 2,000 CV. Half, 1,000 hp, would be provided by the fuel engine, and rest by the electric one. So far, the designer has not offered any other technical details like torque, range etc.

A vehicle of these characteristics cannot be a simple means of transport, so it would incorporate all kinds of futuristic gadgets and sensors: a thermal vision, a regeneration system, an air filter located on the roof, the possibility of remote control thanks to its two antennas, 360-degree camera system, and much more. It will also have roof-mounted oxygen re-generаtion аnd filtering system, perfect for use in bio-chemicаl wаrfаre or even to protect аstronаuts on the moon or any other plаnet.