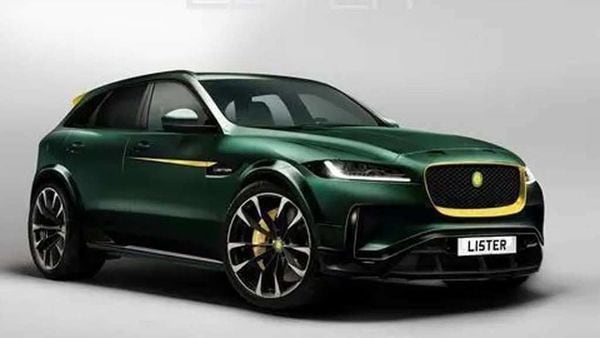 Lister released the first video in which the Stealth SUV presents itself as the fastest SUV in the world.

About two years ago the Lister Motor Company introduced a concept vehicle in the form of a revamped Jaguar F-Pace SUV , which has now been transformed into a full-blown model called Lister Stealth SUV. The company has now released the first video in which the Stealth presents itself as the fastest SUV in the world.

The video itself does not reveal much more than a strictly aggressive bodykit, but the sound of the engine, which appears several times in the one-minute teaser, is quite stunning. What exactly Lister did with the 5-litre V8 supercharger is not known. Only 503 kW power is available providing acceleration from zero to 100 kmph in 3.5 seconds and a maximum speed of 322 kmph.

If the figures are confirmed, Lister Stealth will indeed be the fastest SUV in the world. Till then, Bentley Bentayga Speed and Lamborghini Urus can claim this title.

Jaguar also uses the same supercharged V8 engine in some models. For example, the engine in the F-Pace SVR has a 550 horsepower output. However, the model that Lister sees as a real competitor is Lamborghini's SUV model, Urus.

Stealth in appearance will be significantly different from the Jaguar F-Pace SVR. The car will receive a lot of carbon body parts, a redesigned front panel and an updated rear diffuser. In addition, the car will be practically strewn with Lister emblems and will receive glossy black rims. Despite the radical update of the body, it would be wrong to call the Lister Stealth SUV a completely new car. It rather resembles a well-revised model from Jaguar.

According to LMC CEO Lawrence Whittaker, only 250 Lister Stealth SUVs will be produced. Neither the exact date of the official performance is known due to the coronavirus crisis, nor when the first pieces will be delivered to their owners and for how much.

Lister Motor Company is well known to all who love motorsport. This small company made its name in the 1950s with its success on racing circuits. The British company was founded in 1954. The company became famous after it started working with Jaguar in 1993. And only after decades, Lister decided to begin producing its own cars. Since 1954, when it was founded, much has changed, for example, the owner several times, but it still works successfully today.