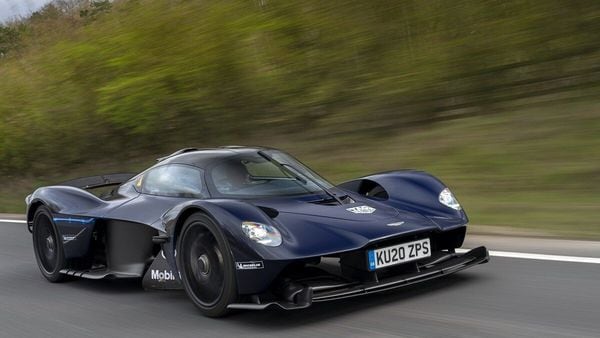 Aston Martin will produce only 150 units of the Valkyrie hypercar.

Goodwood Festival of Speed was supposed to be a dream event for the Aston Martin Valkyrie. The British hypercar was making its public debut at the automotive event. However, it went as a dud because of a $7 part of the hybrid hypercar.

The Aston Martin Valkyrie was stopped at one point during the hill climbs, resulting in a red flag. Lawrence Stroll, Chairman of Aston Martin was quick to explain the reason behind the stoppage. According to him, the car stopped because of an electrical glitch, which was caused by a $7 part that sits between a low voltage battery and a high voltage battery.

The electrical part didn't work due to some reason at that moment, resulting in a halt for the car during the hill climb. Stroll also claimed that this was the first time Aston Martin Valkyrie has faced such a problem during testing. he also said that it is a good thing that the glitch happened before delivery commencement.

Aston Martin Valkyrie is powered by a naturally aspirated 6.5-litre V12 engine developed by Cosworth. The engine is mated to a hybrid system and combined, it can deliver a power output of 1,160 hp. It can accelerate to 97 kmph from a standstill position in less than three seconds.

The British supercar manufacturer will produce and sell only 150 units of the Valkyrie and each of them will be priced more than $3 million. The automaker has built a track-only variant of the car as well. It is christened as Valkyrie AMR Pro, which will be sold in a limited number of 40 units only.

The auto company will start delivering the Valkyrie from September 2021. "Our first cars will be rolling out at the factory as planned, as I said five months ago that we would be doing. So it's very much on time," Stroll said during the Goodwood event.