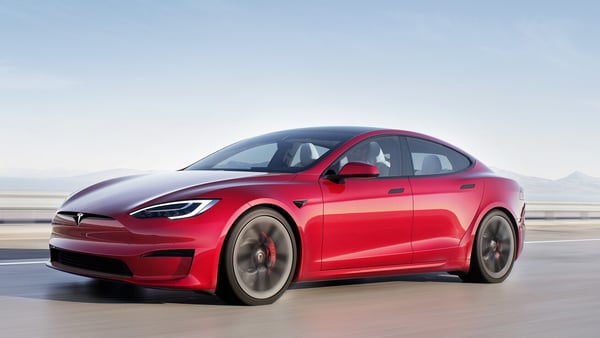 Tesla Model S Plaid was launched at an event at the carmaker’s Fremont facility in September 2021.

Tesla CEO Elon Musk has said that the electric vehicle manufacturer will launch its Model S Plaid in the Chinese market sometime around March next year. Musk took to Twitter on Monday that his company would introduce the Model S Plaid in China, which is the EV maker's second-largest market.

However, despite indicating the tentative timeline, Musk did not provide any further details in his tweet. Meanwhile, with Musk's announcement about Model S Plaid's China launch, Tesla's stock jumped as much as six per cent on Monday.

The $130,000 electric sedan is capable of sprinting 0-96 kmph in less than two seconds. It comes with a redesigned steering wheel in shape of a yoke, instead of a conventional wheel. However, this feature comes as an option for the interested customers. Buyers who want a traditional steering wheel gets so. Tesla Model S Plaid also comes with inbuilt speakers that can create sound just like a traditional internal combustion engine powered car.

Tesla with the Shanghai Gigafactory running in China is already manufacturing and selling its models such as Model 3 and Model Y in the country. With launch of Tesla Model S Plaid, the US automaker aims to increase its market share in the country, which is known for being the largest marketplace for new energy vehicles.