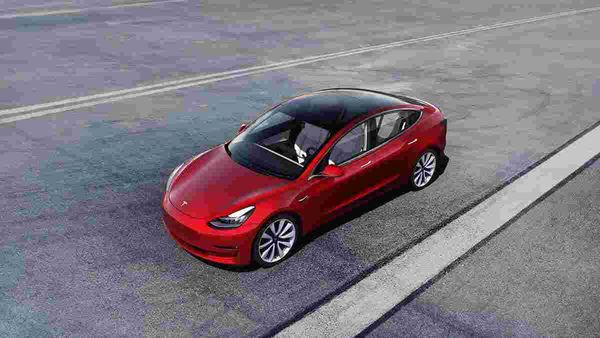 Tesla Model 3 has stamped the American EV-maker's dominance in the world of clean personal mobility.

Tesla seems to be readying itself to enter the Singapore market again, after facing some headwinds in 2016 when the automaker was slapped with an $11,000 fine due to an emission issue. However, in its renewed journey in the Asian country, the American EV maker’s most affordable offering - Model 3, may manage to undercut some of its indirect rivals that include the Toyota Camry, one of the most popular hybrid cars in the world.

(Also Read: Which Tesla can you buy with just one Bitcoin? Cryptocurrency on fast track)

According to a report by Straight Times, two different variants of the Tesla Model 3 – Standard Range and Performance have started appearing on the Singapore Transport Authority’s fuel economy comparison website, indicating that the all-electric luxury sedan’s launch in the country is imminent. The publication also claims that the EV manufacturer has secured approval to start selling its cars in the country.

While Singapore imposes a hefty amount of tax for importing vehicles, it also offers a substantial amount of incentives for electric vehicles in a bid to promote zero-emission mobility in the country. The Tesla Model 3 Standard Range could be priced from USD145,000 (Approximately ₹1.05 crore) in Singapore, which will be less than a petrol-powered Toyota Camry, which comes priced from USD155,888 (Approximately ₹1.13 crore) in the country.

On the other hand, the Performance variant of the electric sedan could be priced at around USD215,000 (Approximately ₹1.56 crore)). The pricing is estimated by adding the registration fee, excise duty, registration fee, GST, certificate of entitlement, one-year road tax, and profit margin as well.

The American EV manufacturer is expected to start receiving orders in the coming weeks and confirm the price shortly.

Currently, there are more than 40 Tesla cars plying in Singapore, but they were imported privately from other countries, not sold by the automaker directly in the country.