Tesla handed over the first 15 Model 3 sedans assembled at Tesla’s new multibillion-dollar Shanghai plant -- its first outside the U.S. -- to company employees at the facility
By : Reuters
| Updated on: 02 Jan 2020, 04:12 PM 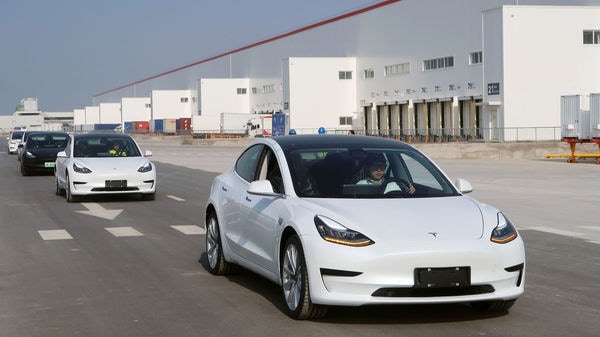 Tesla Inc will deliver its first Chinese made Model 3 sedans to the public on Jan. 7 at an event at its Shanghai plant, a representative for the firm told Reuters on Thursday.

The Shanghai plant is part of the Silicon Valley automaker's plans to bolster its presence in the world's biggest auto market and minimise the impact of the U.S.-China trade war.

Fifteen Tesla employees who had purchased a car were the first to receive their Model 3s on Monday after the first China-made vehicles rolled off the plant's production line in October.

The deliveries come a year after construction of Tesla's only plant outside the United States began. Production started in October with a target of 250,000 vehicles a year once the Model Y is added to the line up.

The Model 3 is priced at 355,800 yuan ($50,000) before subsidies. Tesla said previously that it wanted to start deliveries before the Chinese new year beginning on Jan. 25.

Tesla executives also told reporters the plant had achieved a production target of 1,000 units a week, or around 280 cars a day, and that sales for the China-made sedan had so far been "very good".