Tesla's most popular car upgraded with wireless charging, USB-C ports in US

Model 3 is Tesla's best-selling car but owners till now have mostly depended on after-market solutions to equip it with both wireless chargers and USB-C ports.
By : HT Auto Desk
| Written By : Shubhodeep Chakravarty
| Updated on: 15 Jun 2020, 11:53 AM 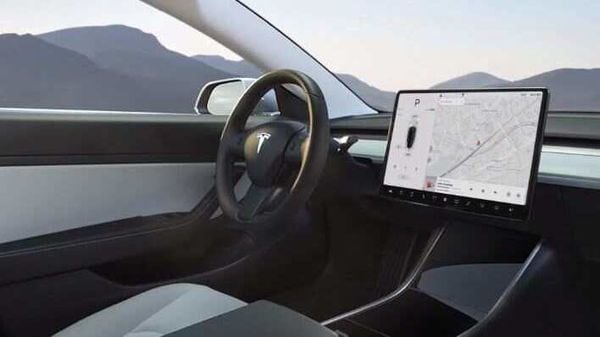 Tesla cars are driven by technology and offer a mile-long list of gadgetry and gizmos, some not seen in other cars on the roads. It was surprising then that at a time when automakers were introducing wireless phone charging in even in their more affordable vehicles, Tesla cars remained devoid of this. The company would eventually address the plethora of queries by bringing in wireless phone charging and USB-C ports in Model Y SUV, then extending it to Model 3 in China and now, Model 3 in the US are also reportedly getting the features fitted from the factory itself.

Model 3 is Tesla's best-selling car but owners mostly depended on after-market solutions to equip it with both wireless chargers and USB-C ports. New customers now may not have to bother with third-party products as Tesla has reportedly started fitting both in the car at its Fremont assembly plant in California.

According to Electrek, new units of Model 3 in the US are now coming with the two features which promise to add convenience and offer fast phone charging solutions to customers. The two USB-C ports are located just under the rear AC vents while the Qi wireless phone charger sits under the dashboard.

It is also reported that for existing Model 3 customers, the same USB-C port unit can be ordered even if many are likely to prefer products from other companies that are compatible with the Model 3 and offer the same features.