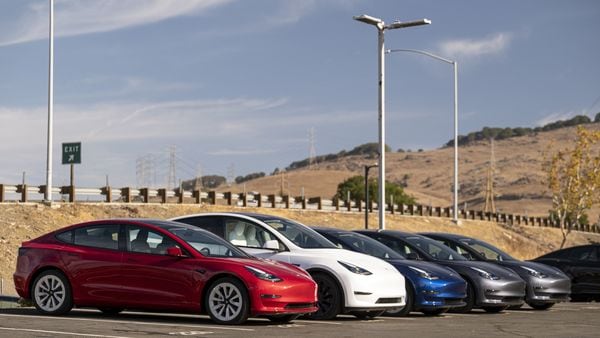 Rollback of the FSD beta comes within hours of its release.

US electric car major Tesla on Sunday rolled back its latest version of its Full Self-Driving (FSD) beta software. The move came in less than a day after its release. The step was taken after users complained of false collision warnings and other issues.

This comes as a setback as the EV manufacturer is currently under strict regulatory scrutiny over the safety of its famous semi-autonomous driving technology, touted as Autopilot.

Please note, this is to be expected with beta software. It is impossible to test all hardware configs in all conditions with internal QA, hence public beta.

Speaking about the rollback of the FSD beta software, Tesla CEO Elon Musk took to Twitter and wrote on Sunday that, "Seeing some issues with 10.3, so rolling back to 10.2 temporarily." However, he also explained that this is expected from beta software. "It is impossible to test all hardware configs in all conditions with internal QA (quality assurance), hence public beta," he further added.

Neither Elon Musk nor Tesla has revealed the new date of release.

The release of fully autonomous self-driving software was announced on October 22. The release of this new driving assist system was available for some owners of Tesla cars. The automaker claimed that it came with several improvements. However, rolling back the update soon after the release came as a blow to the car brand.

Speaking about the issues reported by the users of the beta system, the particular Tesla cars with the latest 10.3 software repeatedly provided Forward Collision Warnings despite no imminent danger, as the users posted videos. Besides this, some Tesla cars automatically applied brakes without any reason.

Tesla has made numerous headlines with its famous driving assist system. In many cases, the Autopilot system was involved in car crashes involving a Tesla model. This drew the attention of the National Highway Traffic Safety Administration (NHTSA), when in August it opened a formal safety probe into Tesla's Autopilot system. Nearly 765,000 cars in the US were impacted by the probe.