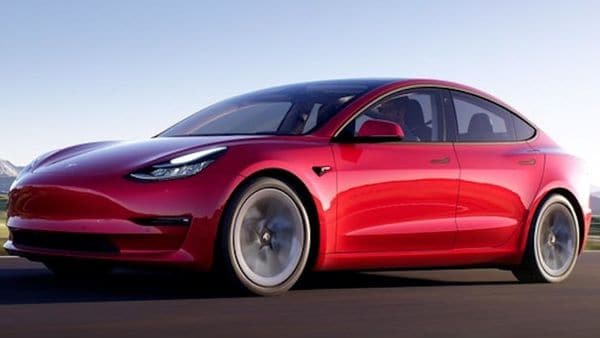 Tesla Model 3 is the bestselling model of the car brand.

Electric vehicle major Tesla seems to be continuing to make its cars less and less affordable for the buyers. The US-based EV major has announced a fresh price hike for all its cars in the US market. Not only that, but the carmaker has also announced that some of the models will see a longer waiting period.

(Also Read: Tesla looks to pave the way for Chinese battery makers to come to US)

The most popular Tesla car, the Model 3 compact sedan's Standard Range Plus variant has seen at least a five per cent price hike by $2,000. The car's waiting period is now almost a year. This means consumers who are now buying the Model 3 SR+ will have to wait till September 2022 to get the car in their garage.

The latest price hike for all the electric cars of the automaker is suspected because of increased raw material costs and other input costs. A few weeks back, Tesla announced a price hike for its cars in the Chinese market as well.

Considering the higher value and inflation, the price hike of the Tesla cars might not seem as high, but the surges are making the EVs more expensive and beyond the $35,000 target that once was promised and only shortly available.