A futuristic steering wheel and a larger central AV screen are the key highlights of the updated Model S from Tesla.

Tesla fans who have been waiting for an update to the Model S have much reason to celebrate. This after the EV maker confirmed that its popular electric sedan is receiving a slew of updates which could make it even more appealing to prospective buyers. Much of the changes are on the inside and the cabin will sport a vastly different steering wheel system and a horizontal infotainment screen.

Model S has been a hot seller from the company and is the product that, many feel, really brought Tesla to the mainstream. And while Model 3 has been the one for the masses, Model S has done brisk business in many of the markets it is available in. The updates to the EV could further improve its prospects.

According to reports in the US media, Tesla has confirmed that the design of the steering wheel has been completely redone and is now flat-bottomed and console-like, something that would be more appropriate in an airplane perhaps. But it isn't just radical to look at. The steering system doesn't come with any stalk and makes use of AI and force touch buttons. These are what one would also use for turn indicator, high beam, honk, for wipers and voice command functionalities.

The vertical layout of the infotainment screen has been done away with for a more conventional screen which is larger at 17 inches and far more vivid and vibrant with support for 2200x1300 resolution. 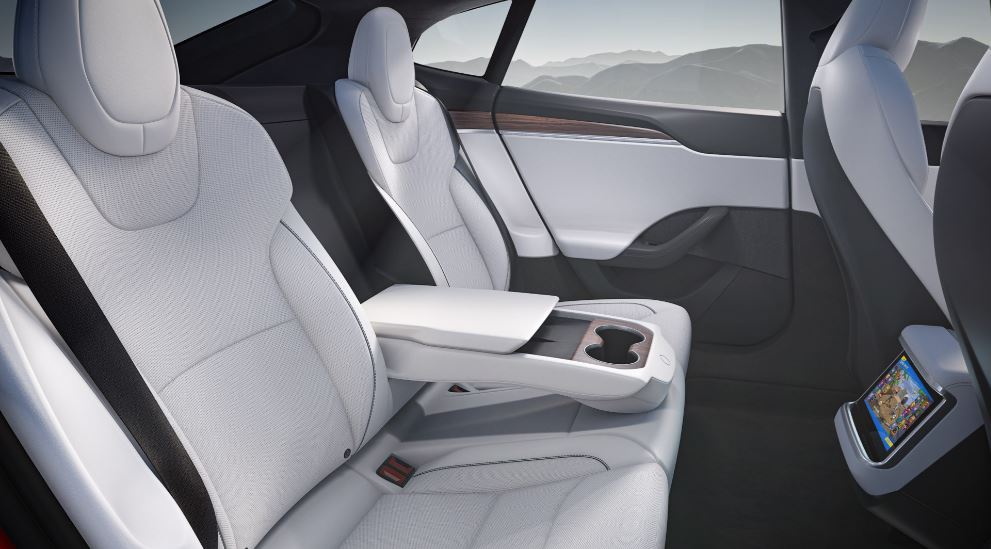 Better bolstering on the seats and an entertainment screen awaits passengers at the back of the updates Tesla Model S.

Designers have also redone the dashboard layout which now gets generous doses of wood trim. The AC vents are now hidden from plain view and so are the HVAC controls. Reports suggest the seats too have received added cushioning for more comfort. There is an entertainment screen that has been added to the rear portion of the central console for passengers at the back.

The car is packed with 22 speakers which are part of a 960-watt audio system with active noise cancellation feature.

There are also some changes on the outside with tweaks to the bumper at the front and new set of wheels. The focus is on giving the sedan a more aggressive profile. 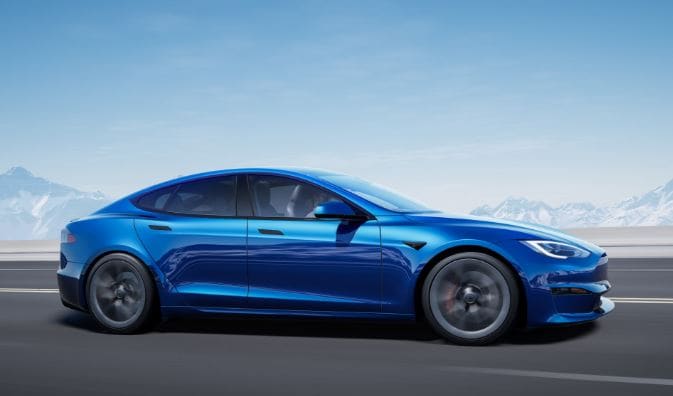 Tesla Model S looks meaner than ever before.

Tesla would be hoping to continue marching ahead with Model S showing the way at a time when rivals like Porsche Taycan and BMW i3 have threatened to mount a challenge.