Lucid Air has offered the biggest challenge to the dominance Tesla has enjoyed in the world of electric mobility in recent times. Claiming to offer a luxurious and performance-driven experience to owners, the Lucid Air sedan has also waged a range war against the Tesla Model S which, however, has now fought back with updates that enhance its already impressive per charge range.

Tesla Model S Long Range Plus received an official range of 402 miles (approximately 647 kms) earlier this year but a series of updates rolled out have now reportedly enhanced the figure to 409 miles (approximately 658 kms). Electrek reported the enhanced range figures while, interestingly, pointing out that the tests reveal it is less efficient.

It is estimated that while the newly-produced Tesla Model S may have been found to be less efficient, its higher energy dense battery cell may have helped it marginally improve per charge range.

Lucid Air has a rated range of 406 miles (around 653 kms) which has been one of its major bragging points. And while it remains as impressive as ever, Tesla Model S now has reclaimed the range crown. 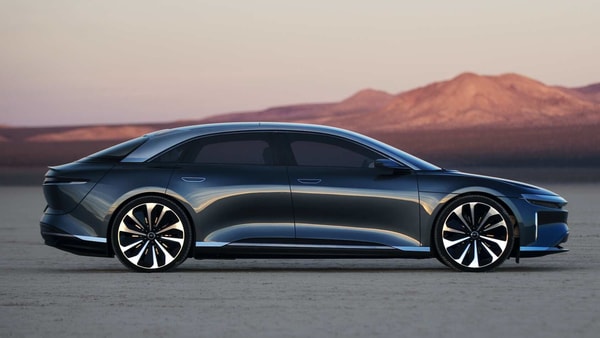 A mile or two increase in range may mean little to the end consumer but it is a crucial point that EV makers like to highlight. The real-world range may or may not be similar to the figures rated or claimed but because consumers look at these numbers closely before cementing their buying decisions, it is one of the main focus areas for EV makers.

Tesla, therefore, has been constantly working on improving battery technology and has claimed that it is close to developing EV batteries that could well last for more than a million miles. While the California-based company has tie-ups with battery makers, it is also cognizant of the fact that it may have to make batteries to stay ahead in the fight - a move that is also being considered by automotive giants that are entering the EV field of play.