Tesla fanatics are paying $50,000 to hot-rod their electric cars 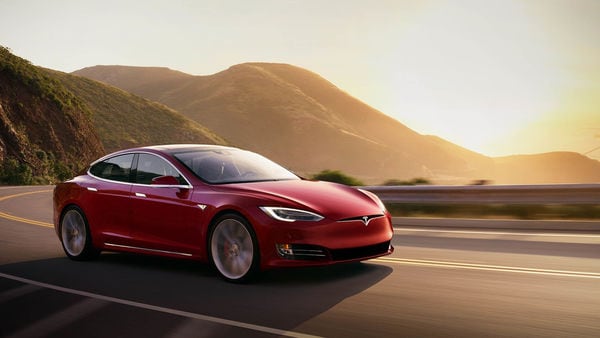 Under its highest settings, a Tesla Model S can hit 60 mph in 2.4 seconds. That’s an extraordinary speed—faster than most things electric and not electric. It beats a Lamborghini Huracan by half a second.

For some people, that’s not fast enough.

Enter Unplugged Performance, the tuning shop next door to Tesla headquarters in Hawthorne, Calif., that guarantees its modifications will shave seconds off your personal best lap times.

“Not only people who have BMW M3s should be able to look cool and go fast around a track," says company co-founder Ben Schaffer. “Our Tesla can beat them around the track, too, and look cool doing it."

Schaffer was calling from Thailand, en route to Tokyo, on his way to evangelize Asian auto enthusiasts who have tuned Toyotas, Nissans, and Mazdas for decade—but who, until recently, would not have considered giving an American-made electric sedan the same treatment. (Japan, it seems, is one of the last holdouts when it comes to Tesla proliferation.)

The six-year-old company evolved out of Schaffer’s former career in modifying Japanese cars such as the Nissan GT-R. It’s not the only tuner that works exclusively with electric vehicles—Evannex does it in Deerfield, Fla.; Mountain Pass Performance soups up Model 3s in Ontario—but Unplugged Performance is the best-known. The brand organizes Tesla Corsa, an enthusiast group that operates track-driving days exclusive to Tesla owners across the country.

The market for electric driving clubs is small but growing, say insiders.

“We are seeing more and more Tesla owners who want to do stuff together," says Kyle Conner, an electric-vehicle enthusiast and the founder of Out of Spec Motoring, which operates an EV-dedicated racetrack in North Carolina. He set a record for the fastest coast-to-coast drive in an electric vehicle last summer, when he drove a Tesla Model 3 from New York to Los Angeles in 45 hours and 16 minutes. “It’s cool to see people getting into the fun side of electric motoring," he continued. “We need more of that."

But “tuning" a battery-powered vehicle is very different from “tuning" something powered by an internal combustion engine. The upgrades and modifications do not include adjusting the power settings on the car’s motor.

Most of the improvements involve making the car lighter or more aerodynamic. Kevin Lee, whose 2018 Tesla Model S P100 underwent four months of tuning, says “It’s not about increasing the performance of the electric motor—it’s more about amplifying the experience."

For Lee, Unplugged Performance added a wide-body kit of 19 separate carbon fiber panels, lightweight forged wheels, Michelin Pilot sport tires with titanium lug nuts, carbon ceramic brakes, high-performance shocks and air suspension, an interior upgrade of royal blue leather and dark grey Alcantara, satin-white exterior wrap, and a ceramic clear coat on the outside of the car for additional protection against rock chips. (The car has its own Instagram page.)

Such upgrades give the cars an edge over the stock options that come direct from the factory, even if they lack the significance of horsepower and torque improvements in a gas-fueled car. The company’s 20-inch UP-03 Carbon Fiber wheels, for instance, use carbon fiber barrels to achieve a fighting weight of just over 16 pounds per wheel. According to company diagnostics, they reduce the rotational mass (how easy it is to stop and start a rolling object) of each wheel by more than 50%.

The company’s 20 employees also make carbon fiber aero kits of side skirts, spoilers, and front fascia from an impact-resistant, proprietary blend of polymer. The kits extend the width of each car and increase the arch of the front lip or the rear spoiler, all in the name of enhancing aerodynamics. A front lip spoiler bolted onto a Model 3 will decrease drag by 6.6%, Schaffer says, and increase downforce by 35.4%—improvements that admittedly will be imperceptible to all but the most discerning drivers over hours of track time.

Pricing for the most basic aftermarket adjustments starts at $800; performance brake pads, which decrease the time it takes to stop, start at $150. The Model 3 package that Unplugged Performance debuted at the Special Equipment Manufacturers Association (SEMA) meeting in Las Vegas in November runs about $35,000. The full treatment on a Model S can go up to $50,000.

As with anything Tesla, there is more than one field of detraction. For starters, any work on the car from Unplugged Performance renders Tesla’s warranty null and void. (Unplugged Performance offers its own terms and conditions to cover the guarantee.) Other critics say such bolted-on upgrades like the body kits are superficial, at best.

But the biggest argument against Tesla-tuning is that the hardware and software inside Teslas—not a front fender or spoiler kit—is where the real boost is needed. “The true aftermarket on Tesla is going to be software, something the average person can’t do," says Alex Roy, an outspoken automotive TV host.

In 2007, Roy set the record for transcontinental driving across the U.S. in an internal combustion car; starting in 2017, he held the same record for an EV before it was broken in 2019. He currently leases two Teslas: a Model 3 and a Model S. He’d never own one, he says, because a lease allows him the best, most efficient access to all of the hardware and software upgrades that Tesla installs on its new cars.

He also questions the quality and style of the EV modifications currently available on the market. “People who are doing Tesla after-markets now are often people who have never owned a nice car," Roy says. “They’re, like, 30 to 40 years behind the car community in judgment and taste, and that explains their excitement over aero kits and tire stem caps. No Ferrari or Porsche owner does that—or has since 1978."

Nonetheless, Schaffer contends that business is robust. “Tesla has never really devoted a lot of resources to differentiation among its cars, so there is a lot of room for us to do that," he says.

All told, Unplugged Performance tuned 1,000 Teslas in 2019, double the figure for the previous year. Some 70% were Model 3s, 20% were Model S, and the rest were Model X. California, Texas, and Florida are the strongest markets in the United States; Hong Kong, Australia, Germany, and Switzerland also have loyal fan bases, he says. Clients include YouTube personalities such as Erik Strait, who posts frequently about his modified Model 3.

Tesla has yet to comment officially on its stance regarding after-market tuners. (A representative for the company did not respond to requests for comment.) But Schaffer says he hopes Elon Musk’s electric manufacturer, which hit a record-high stock price of $471 per share on Jan. 7, will eventually welcome and even embrace the small company in the same way that Mercedes-Benz partnered with AMG, which started as an independent tuning shop before being integrated into Mercedes.

“A lot of our clients are starting to buy performance cars and going to track days," Schaffer says. “It’s not black and white anymore: You can still love cars and look to the future and embrace electric and still have fun."