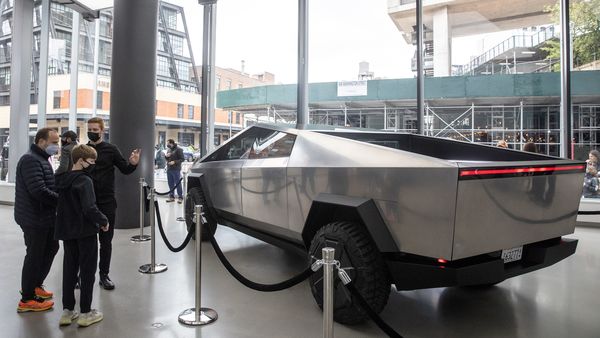 That the upcoming Tesla Cybertruck will get a solar roof as an optional extra was already known because CEO Elon Musk had said as much. Details, however, have mostly been sketchy apart from the fact that the solar roof is expected to add around 25 kms to the overall range of the electric pick-up per day. It is only now that more details are emerging with reports citing patent filings from Tesla as giving a closer look at this solar roof.

(Also read: Pop-up camper revealed for Tesla Cybertruck that is yet to begin production)

The solar roof covering the bed of the Cybertruck could also be mighty durable and may withstand the weight of an adult standing on top of it.

This solar roof could really set the Cybertruck apart from anything that rivals have on offer, apart from several other features of course.

The Cybertruck was first showcased to the world back in November of 2019. Musk had previously informed that deliveries would commence from this year but several factors have pushed back plans and production at the upcoming Texas Gigafactory will now only begin late 2021 and deliveries expected to start from next year.

Reports suggest that Tesla has already received one million pre-launch orders for the Cybertruck, an electric truck that has generated a massive buzz in the automotive world. And while rivals are trying to have their worthy options ready to make the fight more intense, it is this Tesla that could truly elevate as the benchmark.