Elon Musk addressed 200 Volkswagen executives in an online event and talked about VW's pivot to EVs, his own management style, and supply chain and production issues.
By : HT Auto Desk
| Updated on: 17 Oct 2021, 10:37 AM 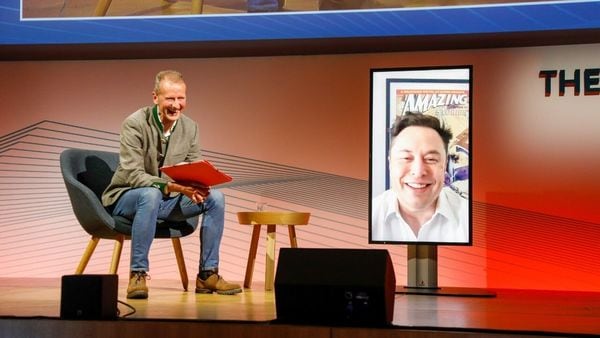 Leading electric car manufacturer Tesla is one of the key competitors against German auto giant Volkswagen, as the latter is pushing hard to adopt electric mobility. Now, it seems Volkswagen left the enmity behind and tried to learn the tactics from Tesla CEO Elon Musk, reports Bloomberg.

He made a surprise appearance at a Volkswagen AG conference, addressing 200 VW executives. He talked about VW's pivot to electric vehicles, his own management style, and supply chain and production issues.

This was a rare move by a corporate titan addressing a competitor brand. Tesla CEO was addressing the VW executives at the invitation of Volkswagen CEO Herbert Diess. Musk even said that he’s sure the German auto brand will master the move to electric vehicles.

Volkswagen is aiming to become the biggest electric vehicle maker in the world. The automaker group, across its subsidiary brands, are aiming to launch a wide range of products in the EV space. The German company has pitted its largest plant against Tesla's Berlin Gigafactory. He urged VW executives at the conference to make that transformation to electric mobility as soon as possible.

Talking about his own company, Elon Musk addressed at the conference that Tesla is more agile than other automakers because of his management style where he’s first and foremost an engineer. Musk also said he’s fascinated by supply chains, logistics and production processes.

Diess on the other hand praised Tesla’s handling of the global chip crisis. Tesla was able to switch to different chips within just two to three weeks using the software it developed. Diess wrote in a LinkedIn post that Volkswagen needs a new mindset to take on the new competition. “Happy to hear that even our strongest competitor thinks that we will succeed the transition if we drive the transformation with full power," he further added.